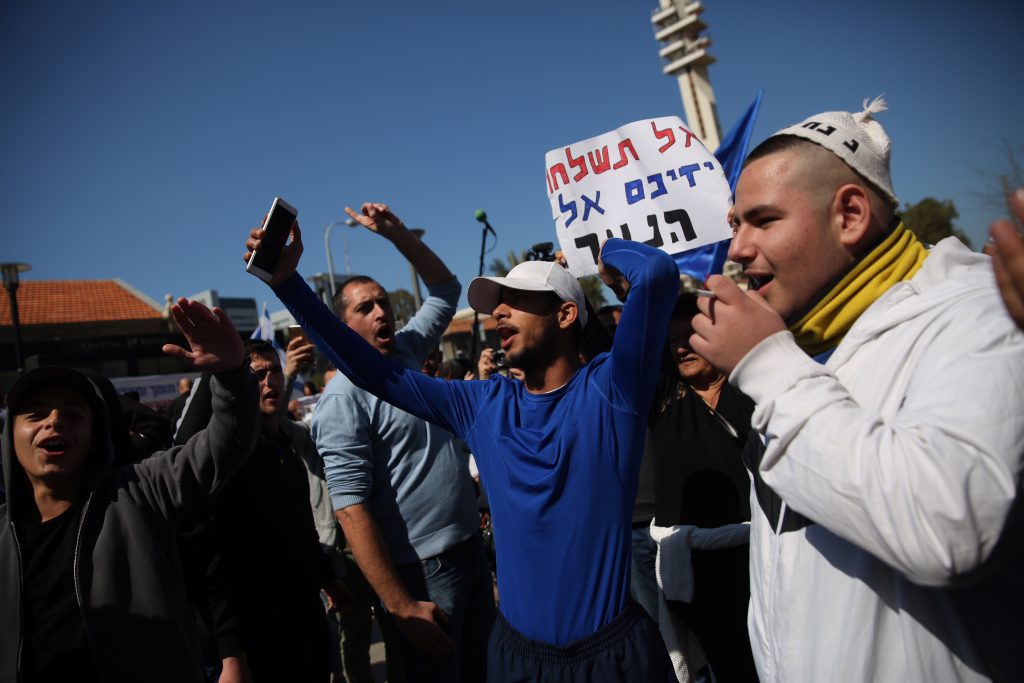 Elor Azaria, the IDF soldier who was convicted of manslaughter for shooting a terrorist in Chevron last Purim, was sentenced to 18 months in prison Tuesday afternoon. The court said that it had gone “very easy” on the soldier, as the standard penalty for manslaughter was 20 years in prison. Attorneys for the soldier told reporters that there was a “very high likelihood” that the decision would be appealed, and that it would be overturned, while MKs and ministers demanded that the soldier be pardoned immediately.

In addition to 18 months in prison, Azaria was sentenced to a suspended sentence of one year. He was also demoted from corporal back to private. Azaria’s attorneys asked the court to postpone the beginning of the sentence until the end of the appeals process, but prosecutors demanded that his sentence begin next week.

Azaria was convicted last month on charges of manslaughter and conduct unbecoming an IDF soldier, after shooting at a terrorist in Chevron last Purim morning when the terrorist was neutralized and on the ground, after he had been shot when he tried to stab soldiers. At his trial, defense attorneys stressed Azaria’s sterling record as a soldier, and the fact that the possibility of a further terror attack – in which the terrorist who was on the ground might set off a bomb that he could have been carrying on his person – justified the shooting, or at least provided reasonable grounds for Azaria’s having acted the way he did.

In its decision Tuesday, the court said that some of those arguments were valid, and that was the reason it decided to sentence the soldier to a sentence lower than that demanded by prosecutors, who sought to send Azaria to jail for three to five years. Considering the “violations to the purity of arms” that Azaria committed, and the fact that the terrorist did not pose any material danger at the time of the incident, the court said that a punishment was required.

Upon announcement of the verdict, the courtroom exploded with shouts and catcalls, with spectators shouting that the judges should be ashamed of themselves. Outside the courtroom, hundreds of police were at the ready for signs of violence, but a smaller-than-average crowd – about 200 demonstrators – remained peaceful, if angry.

Jewish Home chairman demanded that Azaria be pardoned immediately. “Elor was sent to defend Israeli citizens in the midst of a wave of terror. This entire inquiry was poisoned from its roots. Even if he made a mistake, he should not be sent to jail.” Housing Minister Yoav Galant immediately sent a letter to Defense Minister Avigdor Liberman, asking him to pardon Azaria. “The actions of Azaria were unworthy of a soldier, but it is up to commanders to educate soldiers and emphasize the need for discipline under all circumstances. It is they who must educate soldiers,” he added.

Transportation Minister Yisrael Katz also demanded that Azaria be pardoned, saying that “the trial is over, and the court has said its piece. Now is the time for a pardon, so the nation can put this story behind it.”

MK Oren Chazan, who was present at the sentencing, said that “every day that Elor sits in jail will be a black mark on the IDF and the justice system. Instead of acting with courage and listening to the feelings of Israelis, the court preferred to adopt the agenda of the former Defense Minister, who because of his poor performance was kicked out of his job, largely because of the Azaria affair.” Indeed, the court sharply criticized former Defense Minister Moshe Yaalon in its decision, saying that he and other top IDF staff had no business giving their opinions on the incident publicly while the trial was going on.