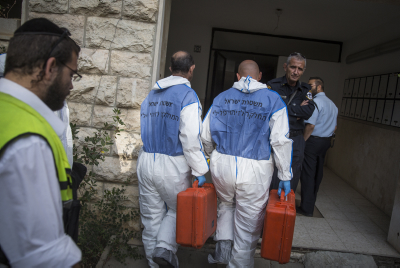 Quietly and with little fanfare, the Israel National Forensics Institute has taken steps to significantly reduce the use of autopsies to determine the cause of death in cases of suspicious death and police investigations. The use of autopsies was for decades a point of friction between police and many families and communities who opposed the violation of the remains of their loved ones for various reasons, including religious reasons.

In an interview on Tel Aviv Radio, Dr. Chen Kugel, director of the institute, said that advancements in technology had enabled the replacement of autopsies with noninvasive methods of examining the remains of individuals in order to determine the cause of death. “In the large majority of cases today we use imaging, vastly reducing the number of autopsies,” she said. “Each body we receive undergoes a CT scan. This is ideal for people who oppose autopsies, and allows us to provide information on cause of death in a noninvasive manner.”

The number of autopsies has been reduced by more than half thanks to the advanced imaging equipment used by the institute, said Kugel, and the objective is to reduce the number even further. “It is sometimes more work to get the right answers using imaging, but it is very helpful in cases where loved ones object to autopsies. Their will must be taken into account.”

The institute has also been clearing out the “stockpiles” of body parts that has been piling up for years. At one time, said Kugel, “there were body parts from 8,400 individuals in the Institute, today there are about 150. We have been able to bury nearly all of them in cooperation with families. Those who remain are individuals whose families are abroad or who died abroad and were sent back to Israel, or former residents of the Palestinian Authority,” she added.