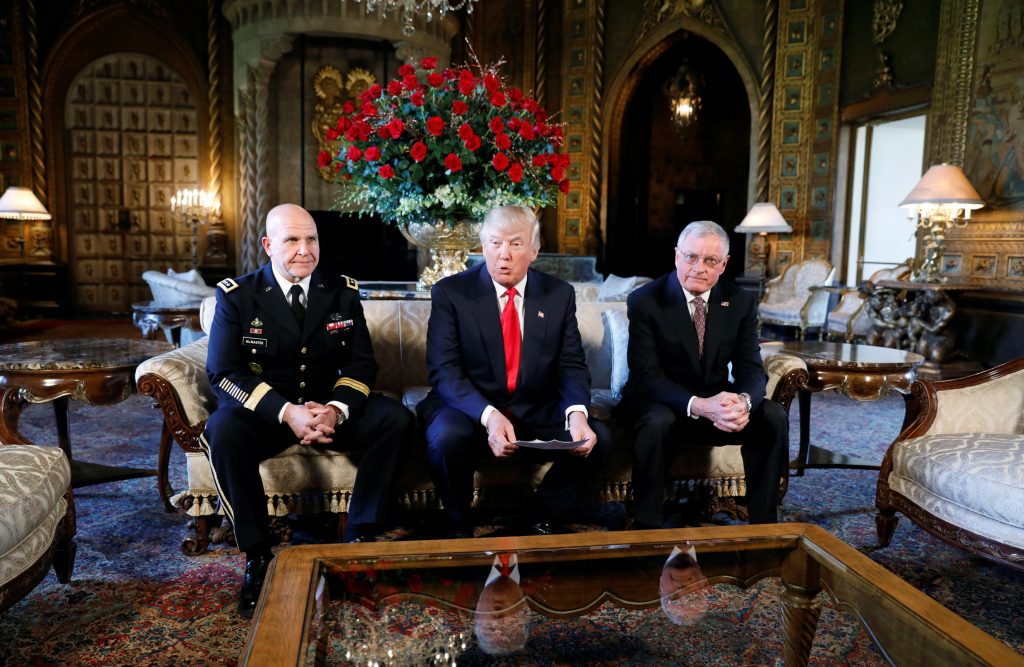 The Kremlin refrained from comment Tuesday on the appointment of the new U.S. national security adviser, but one lawmaker said he was likely to take a hawkish stance toward Russia.

Army Lt. Gen. H.R. McMaster was named to the job Monday by President Donald Trump to replace retired Gen. Michael Flynn. The president fired Flynn last week after it was determined that Flynn had misled Vice President Mike Pence about the nature of his discussions with Russia’s ambassador to the U.S. during the presidential transition.

Asked about how the Kremlin views the appointment, President Vladimir Putin’s spokesman, Dmitry Peskov, said he wouldn’t comment on what is President Trump’s prerogative to make an appointment.

Peskov said in a conference call with reporters that “it’s important to us how our relations will develop and what attitude Washington will take.”

“We are patiently following our American partners, determining their stance,” he added.

President Trump’s praise for Putin, and his campaign promises to improve U.S. ties with Russia, have raised expectations of a thaw between the two countries. Relations between Washington and Moscow have plunged to their lowest point since the Cold War over the Ukrainian crisis, the Syrian war and allegations of Russian meddling in the U.S. election.

The Kremlin has taken a wait-and-see approach recently as President Trump has encountered an array of challenges and faced a strong opposition in Congress to a rapprochement with Russia.

While Peskov spoke with caution, Frants Klintsevich, a deputy head of the defense and security affairs committee in the upper house of the Russian parliament, described McMaster as a “100-percent hawk” who represents a threat.

“Washington’s defense and intelligence wing will conduct Russophobic policies,” he said, according to RIA Novosti.

Another lawmaker, Viktor Ozerov, warned against hasty conclusions, noting it will be President Trump who will set a policy course.

“The president may listen to advice, but it’s up to him to decide whether to heed it,” Ozerov said in remarks carried by the Interfax news agency.

In remarks last year, McMaster said Moscow’s broader goal is to “collapse the post-Cold War security, economic and political order in Europe and replace that order with something that is more sympathetic to Russian interests.”