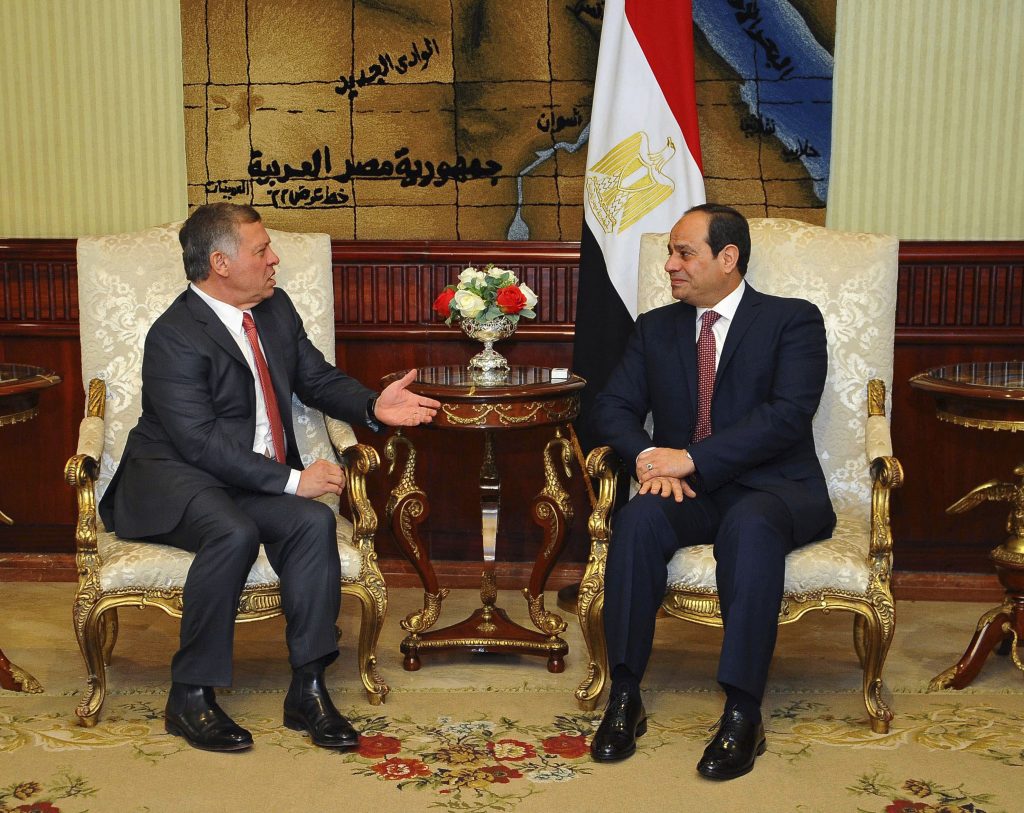 Egyptian President Abdel Fattah al-Sisi and Jordan’s King Abdullah said in a Cairo meeting on Tuesday that they were committed to a two-state solution to the Israeli-Palestinian conflict, Sisi’s office said in a statement.

“They also discussed mutual coordination to reach a two-state solution and establish a Palestinian state based on the June 4, 1967 borders with East Jerusalem as a capital which is a national constant that cannot be given up.”