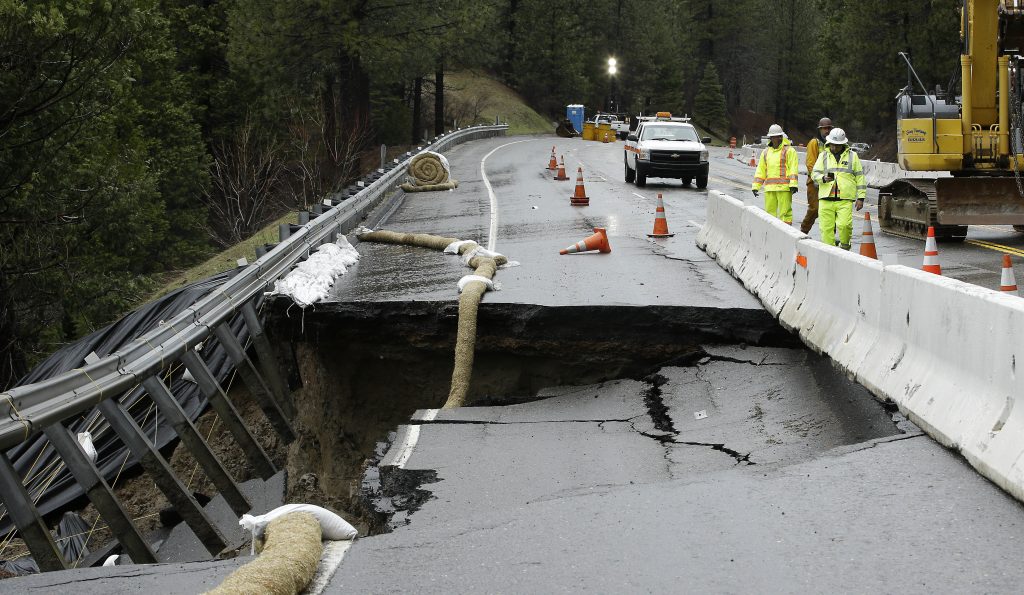 Rescuers chest-deep in water steered boats carrying dozens of people, some with babies and pets, from a San Jose neighborhood inundated by water from an overflowing creek Tuesday.

The rescued residents had to be taken to dry land and rinsed with soap and water to prevent them from being sickened by floodwaters that had traveled through engine fuel, garbage, debris and over sewer lines, San Jose Fire Capt. Mitch Matlow said.

Only residents who could show they had been cleaned off were allowed to board buses to a shelter for those displaced by the floodwaters.

“This is like once-in-a-lifetime,” said Bobby Lee, 15, of the water around him.

Earlier Tuesday, firefighters rescued five people stranded by flooding at a homeless camp along the same creek in San Jose.

Firefighters went door-to-door to tell residents to get out of their homes because the city does not have sirens or another emergency warning system, San Jose spokesman David Vossbrink said.

In the San Joaquin Valley in California’s agricultural heartland, farmers used their tractors and other heavy equipment to help shore up an endangered levee along the San Joaquin River.

The rains were the latest produced by a series of storms generated by so-called atmospheric rivers that dump massive quantities of Pacific Ocean water on California after carrying it aloft from as far away as Hawaii.

The rains have saturated the once-drought stricken region but have created chaos for residents hit hard by the storms.

The latest downpours swelled waterways to flood levels and left about half the state under flood, wind and snow advisories.

The Los Angeles Times reported Tuesday that a motorist in Northern California was swept into a creek last Saturday during another in the series of storms and drowned inside her car.

The current storm system began to weaken Tuesday after dumping more than a half-inch of rain in the San Joaquin Valley, over an inch in San Francisco, and more than 5 inches in the mountains above Big Sur over the previous 24 hours, the National Weather Service reported.

Dry weather was expected to return to the region on Wednesday.

In the Sierra Nevada mountain range, part of one of the main routes to Lake Tahoe was in danger of collapsing after a roadway shoulder gave way following heavy storms, leaving a gaping hole about 40 feet long and 17 feet wide, Caltrans engineer Jarrett Woodruff said.

Crews opened one lane Tuesday as Caltrans workers tried to fix the road failure after numerous mudslides blocked it for days at a time in recent weeks.

Heavy storms over the last two weeks caused parts of the shoulder and part of one lane on the four-lane highway to give way.

The water level rose at Lake Oroville for the first time since authorities ordered an emergency evacuation of 188,000 people more than a week ago after a damaged spillway caused major flooding concerns.