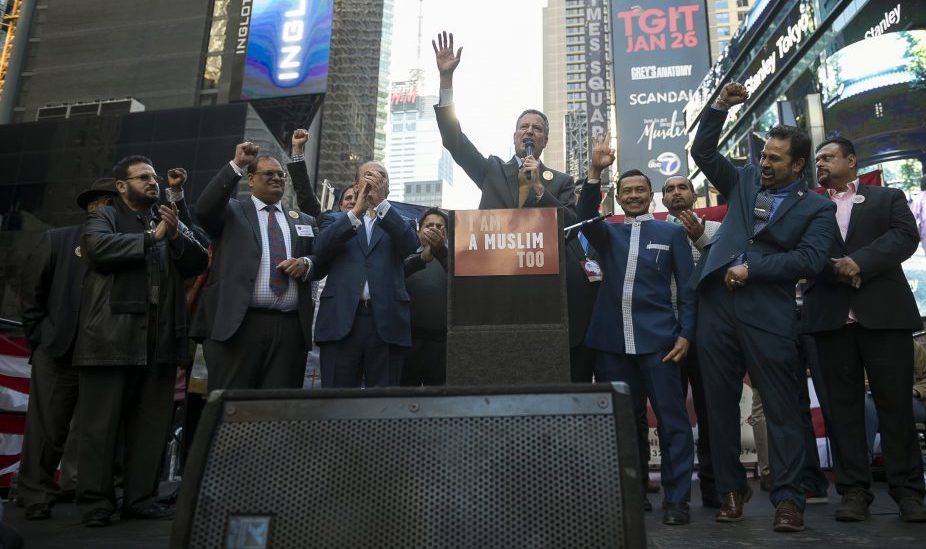 Two weeks after the state stung Mayor Bill de Blasio by barring the city from implementing a shopping bag fee, the Democrat is mulling whether to totally ban plastic bags from city supermarkets and bodegas.

The mayor, who faces voters this year, has championed the law on environmental grounds, saying that the ubiquitous plastic bags are harming the earth. It was struck down as unconstitutional by state lawmakers, led by Sen. Simcha Felder in the Senate and Assembly Michael Cusick in the Assembly, whose bill was signed last week Gov. Andrew Cuomo.

Mr. De Blasio said in an interview Monday night that his law, which had been set to go into effect last week Monday, had been aimed at getting people to change their lifestyle.

“That was one way of doing it. A ban is another option, which I’d be very open to,” the mayor told NY1. “The one thing I know is the worst possible outcome is what we have right now. Vast numbers of plastic bags are just harming the earth. It’s not good for any of us.”

Mr. Felder dismissed Mr. de Blasio’s remarks. “How open is the mayor to actually doing a ban now — before the upcoming mayoral elections?” he told Hamodia on Tuesday.

“We want to work with them to see if we can resolve this issue,” the mayor said. “We have vast numbers of plastic bags ending up in the garbage, getting sent to a landfill. We’re paying as taxpayers to send it to a landfill. … There’s nothing good about plastic bags.”