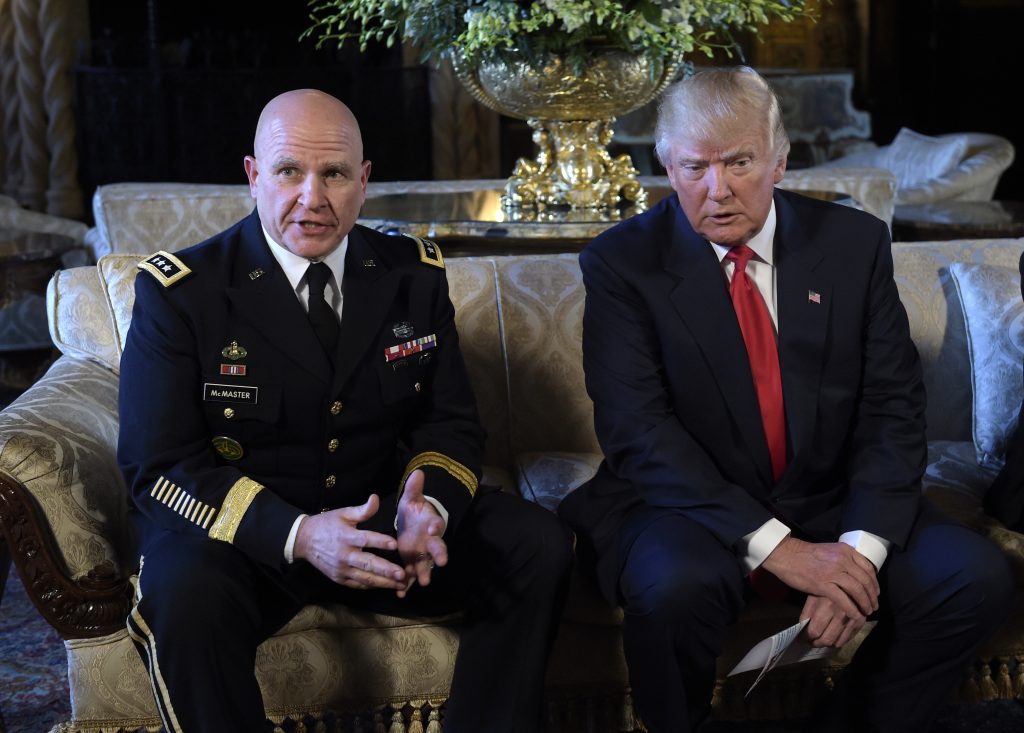 Trump announced the pick Monday at Mar-a-Lago, his Palm Beach club, and said McMaster is “a man of tremendous talent and tremendous experience.”

Trump said that retired Army Lt. Gen. Keith Kellogg, who had been his acting adviser, will now serve as the National Security Council chief of staff. He also said he would be asking John Bolton, a former U.S. ambassador to the United Nations, to work with them in a “somewhat different capacity.”

Trump made the announcement from a luxurious living room at the club, sitting on a couch between McMaster and Kellogg. He had been looking for a replacement for retired Gen. Michael Flynn, who was ousted last week.

Trump brought four candidates for the position, including McMaster, to Mar-a-Lago over the weekend for in-person interviews.

McMaster called the appointment a “privilege.”

The president told reporters as he exited the room that Vice President Mike Pence had been involved in the process.

The position of national security adviser does not require Senate confirmation.

Trump pushed out Flynn a week ago after revelations that the adviser had misled Pence about discussing sanctions with Russia’s ambassador to the U.S. during the presidential transition. Trump said in a news conference Thursday that he was disappointed by how Flynn had treated Pence, but did not believe Flynn had done anything wrong by having the conversations.