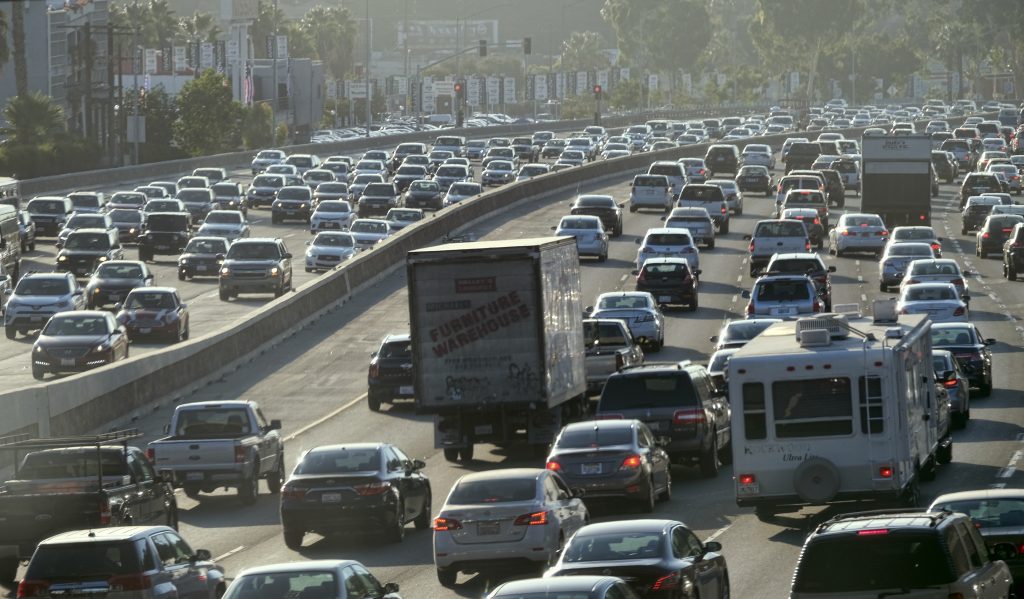 When it comes to getting stuck in traffic on the way to and from work, Los Angeles leads the world.

Drivers in the car-crazy California metropolis spent 104 hours each driving in congestion during peak travel periods last year. That topped second-place Moscow at 91 hours and third-place New York at 89, according to a traffic scorecard compiled by Inrix, a transportation analytics firm.

The U.S. had half the cities on Inrix’s list of the top 10 most congested areas in the world and was the most congested developed country on the planet, Inrix found. U.S. drivers averaged 42 hours per year in traffic during peak times, the study found. San Francisco was the fourth-most congested city, while Bogota, Colombia, was fifth, Sao Paulo ranked sixth and London, Atlanta, Paris and Miami rounded out the top 10.

Being stuck in traffic cost the average U.S. driver $1,400 last year and nearly $300 billion for all drivers nationwide, Inrix said.

“The demand for driving is expected to continue to rise, while the supply of roadway will remain flat,” he said in a statement.

Of 240 U.S. cities studied by Inrix, drivers in Parkersburg, West Virginia, spent the least amount of time stuck in traffic during peak hours at three hours per year.

Inrix said it analyzed 1,064 cities worldwide across 38 countries to come up with its rankings. Since Inrix doesn’t gather its own data in either China or Japan, cities in those countries were not ranked.