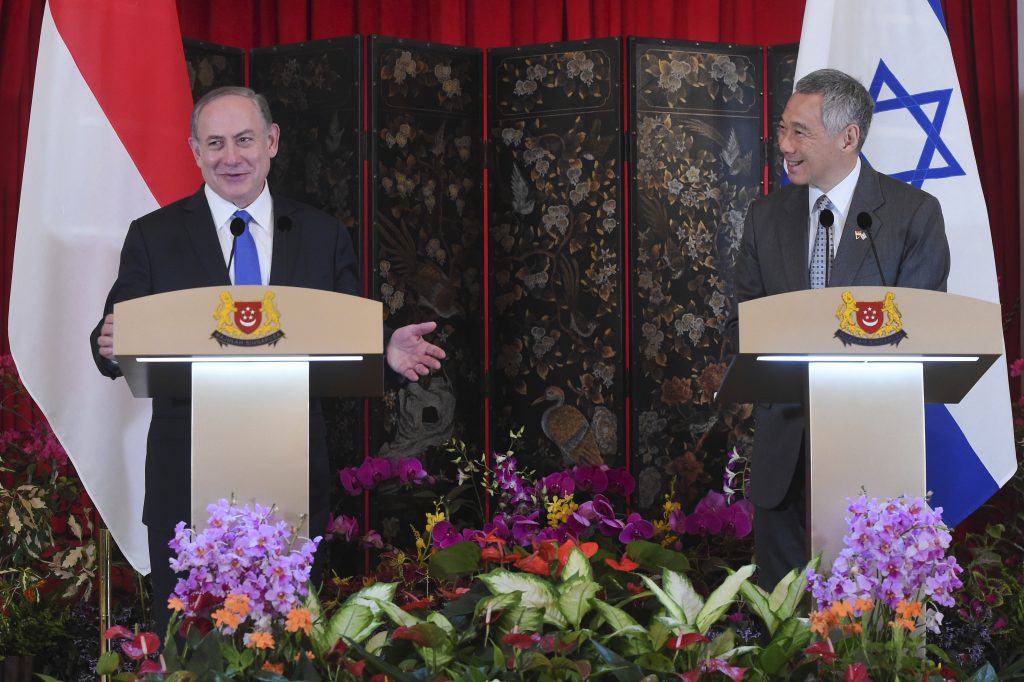 PM Lee explained his stand at a joint news briefing with PM Netanyahu.

PM Netanyahu referred to Singapore and Israel at the news conference as being “kindred spirits.” Both nations are small, with significant defense and high-tech industries. The two countries established diplomatic relations in 1969, but have ties dating back to 1965, when Israeli military advisers covertly assisted Singapore after its declaration of independence.

Acknowledging the “very complex situation” between the Palestinians and Israel, Lee called for direct negotiations that will ensure “progress toward a just and durable solution to this long-standing and often unfortunately violent conflict.”

“We have consistently believed that a two-state solution between Israel and Palestine, however hard to achieve, is the only way to bring peace and security to both peoples,” Lee said.

PM Netanyahu did not mention tensions in the Middle East in his remarks at the news briefing, after which questions were not allowed.

But afterward, at a state dinner, he said he believes there is an opportunity to seek peace now, “because I sense a great change in the Arab world, in many Arab countries, and I hope … to be able to use that newfound attitude toward Israel to help us solve the Palestinian-Israeli conflict as well.”

Netanyahu also said Israel was pivoting toward Asia “in a very clear and purposeful way.”

“Next month I’ll go to China. Somewhat later this year, Prime Minister Modi of India will come to visit Israel,” he said. Poised in the middle, he said, is Singapore, “our perfect partner.”