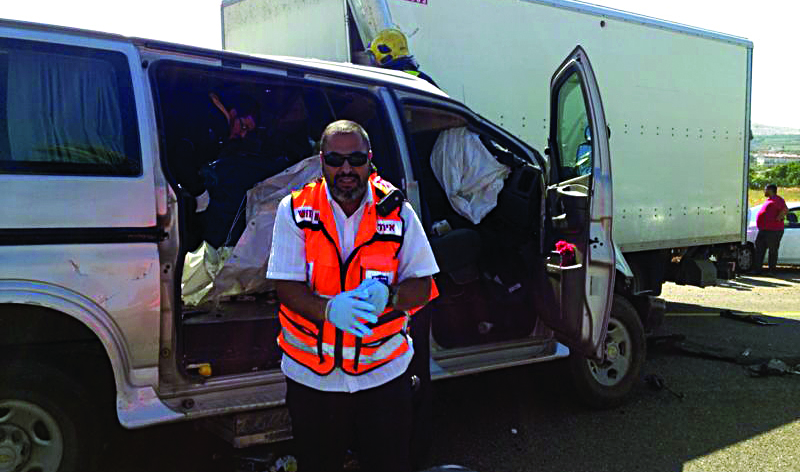 The Ichud Hatzalah rescue organization has filed a complaint with police against members of Magen David Adom, accusing them of defamation of character and attempting to ruin the organization’s reputation. The complaint contends that the MDA workers posted messages on social media that Ichud Hatzalah workers were “murderers” after an infant they treated died.

In the messages, the MDA workers said that a six-month-old that was treated by Ichud Hatzalah workers was subjected to care by workers who were not qualified as rescue workers. “The time has come for everyone to realize that when help is needed, you don’t call Ichud Hatzalah. In any emergency the organization to call is Magen David Adom.”

There has been a long-running rivalry between the two organizations, with MDA attempting to place itself as the more “professional” of the two. News stories on Israel Radio of accidents or other tragedies, for example, will often feature a quote from an MDA worker, whom the reporter proclaims “got to the scene first.”  For MDA, the promptness of the organizations are a factor in successful fund-raising, and in winning bidding on various government projects.

Commenting on the matter, Ichud Hatzalah chairman Moshe Teitelbaum said that “we have been witness to disgusting attempts by people with vested interests to harm the name of Ichud Hatzalah on the backs of the family of a six-month-old infant who died, and whose lives were destroyed. This was an unfortunate case of crib death. The infant received good care but unfortunately died in hospital. We decided to file this complaint after numerous instances of lies, incitement, and defamation against the rescue workers. They will be questioned and investigated by authorities. But matters of ego should not and cannot be a part of life-saving efforts.

“Ichud Hatzalah is based purely on volunteers and we help all those who need assistance for no money, unlike rescue organizations that are dependent on payments of hundreds of shekels a year from taxpayers,” added Teitelbaum. “We will not allow our workers to be defamed in this manner. We will also file complaints with the Health Ministry and pursue the individuals who did this, and pursue our rights in civil court and seek compensation,” he added.

Magen David Adom has not filed a response or commented on the matter yet.