Regional Deep in Road-Salt Mine, Workers Pray for Snow (and Overtime)
Regional 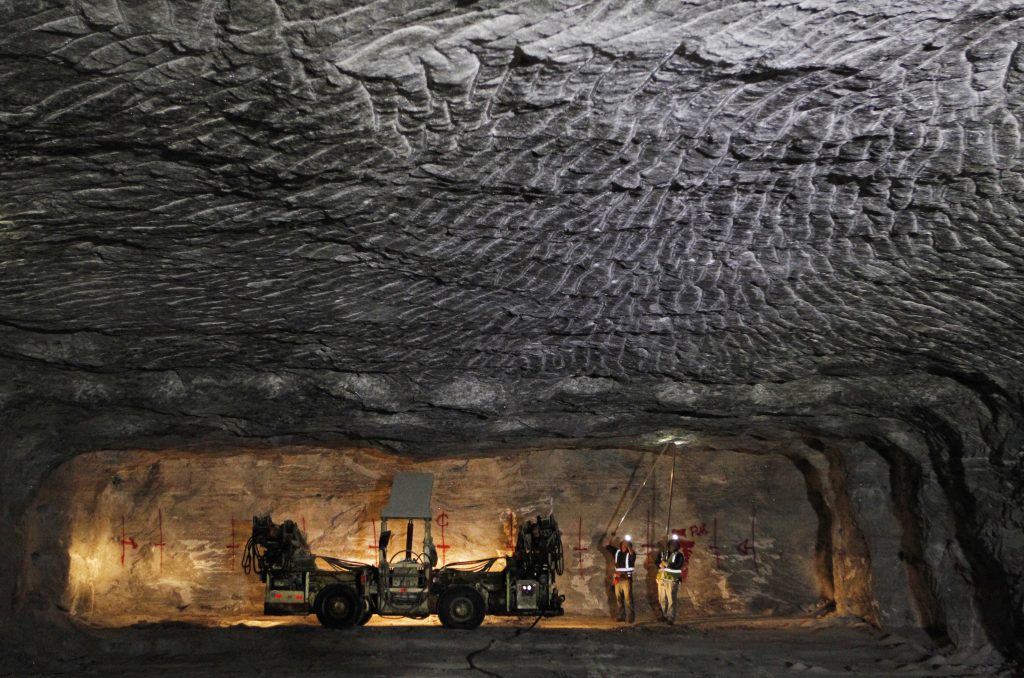 Fiercer winters mean better business, longer hours and fatter paychecks at what’s billed as the nation’s most productive salt mine, which ships trainloads of snow-melting road salt to municipalities across the Northeast. And when the snow keeps falling and supplies run low, miners have to step up production to meet demand in real time.

“We live and die by the weather,” said Joe Bucci Jr., environmental manager for American Rock Salt Co., which mines a sprawling seam of salt that was left from a dried-up sea.

That deposit is accessible today by a cage elevator that descends more than 1,200 feet, about as deep as the Empire State Building is high. Miners drive through a vast grid of tunnels to blast out and haul crystals that glimmer in their headlamps.

No matter the season, the temperature in the mine remains 60 degrees. Salt lingers in the air, and miners claim that it does wonders for their sinuses.

“I’ve always considered it coming down to a health spa every day,” miner John Goho said with a smile.

But salt mining is a serious, sometimes dangerous business, practiced in this western New York countryside since the days of mules and pickaxes more than a century ago.

American produces up to 4.3 million tons of salt a year, though it hoisted less last year because of the mild winter. Despite a big storm in the Northeast last week, this year has so far been a mixed bag for snow. But there is still time left and much at stake for the mine’s 350 workers, who can earn more than $80,000 with overtime in a busy winter.

They remove the deposits with a room-and-pillar approach: using explosive blasts to loosen the salt, while leaving pillars of salt in place to support the overhead layers. Loaders scoop up the blasted salt, some in chunks as big as file cabinets, into a rock-crushing maw and then onto miles of conveyor belts. Machines then crush it further into crystals that are too impure for use as food, but perfect for spreading on icy roads.

“Our salt, you wouldn’t want to put it on your french fries,” Bucci joked as he steered a utility vehicle along a long corridor.

Bucci has salt in his blood. His great-grandfather drove mules as an early salt miner in the area. Bucci’s father, Joe Bucci Sr., negotiated mineral rights for the old mine nearby and in 1997 co-founded the current mine company. It was a time when the local industry hit rock bottom.

The old mine had been flooded by a cave-in a few years earlier, and the Dutch conglomerate that ran it abandoned plans to start a new mine nearby. Bucci stepped in to start the current mine with three other investors.

The elder Bucci says he wanted to keep mining alive in the area, a sentiment he held to even though his father was among four men killed in a 1975 mine explosion.

Aside from milder winters, the biggest challenge for the industry now is cheap salt shipped from overseas, from countries such as Chile.

But operators are confident enough in the mine to seek expansion. They want to add a third belt line that could be relied on when one of the existing two goes down. It also could add another 10 years to the mine’s life.

“This mine will be here 40 years from now, for sure,” said the elder Bucci. “Maybe 50 years, maybe longer.”