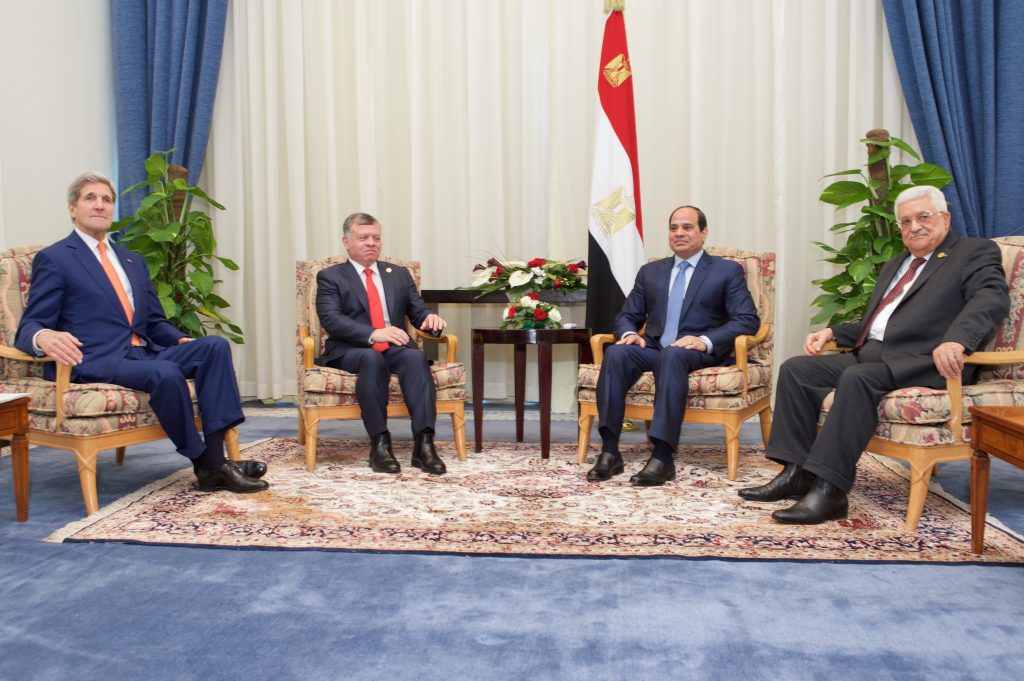 Prime Minister Binyamin Netanyahu met secretly a year ago with the leaders of Egypt and Jordan in a failed attempt by the Obama administration to convene a wider regional summit on Israeli-Palestinian peace, Haaretz reported on Sunday.

At the White House on Wednesday, PM Netanyahu again raised the possibility of what he described as a “regional approach” to Israeli-Palestinian peace at a news conference with President Donald Trump, who appeared to embrace the idea.

But the initiative to involve other Arab states in the pursuit of peace with the Palestinians ultimately fizzled, the report said, after Netanyahu withdrew his initial support, pointing to opposition within his government.

Palestinian Authority Chairman Mahmoud Abbas did not attend the Aqaba meeting but was updated by Kerry, Haaretz said.

A spokesman for Netanyahu did not respond to requests by Reuters via telephone and email to comment on the report. No immediate comment was available from Egypt or Jordan.

Kerry launched his final peacemaking bid after U.S.-backed talks between the two sides collapsed in 2014 over issues that included Palestinian refusal to accept Israel’s demand to recognize it as a Jewish state.

Members of PM Netanyahu’s coalition have been emboldened by President Trump’s suggestion that he was open to new ways to achieve peace that did not necessarily entail creation of a Palestinian state, a benchmark of U.S. policy for decades.

“I’m looking at two states and one state, and I like the one both parties like,” President Trump said.

On Thursday, however, U.S. Ambassador to the United Nations Nikki Haley said the United States still supports a two-state solution.

Saudi Foreign Minister Adel Al-Jubeir, speaking at the Munich security conference on Sunday, said he believed a Middle East peace push was possible. “My country stands ready together with other Arab countries to work and to see how we can promote that,” Al-Jubeir said.