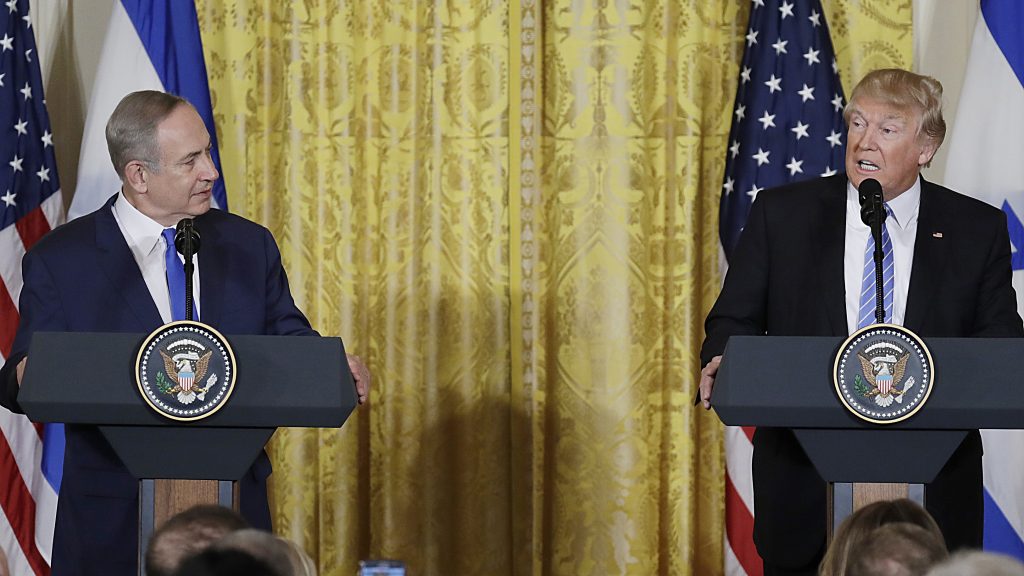 Even if Israel signed a perfect peace treaty with the Palestinian Authority tomorrow, that agreement could be easily shattered by another round of rocket terrorism by Hamas, the Palestinian Islamist extremist group that controls Gaza.

Hamas has fatally undermined the concept of “land for peace.” After Israel withdrew from Gaza in 2005, Hamas staged a bloody coup against the Palestinian Authority and transformed Gaza into a launching pad for terrorist attacks on Israel.

Were Israel to withdraw from Yehudah and Shomron, Hamas would probably be able to overthrow the Palestinian Authority in a matter of weeks. And Hamas does not just oppose peace negotiations with Israel; it opposes Israel’s very existence. Indeed, the terror group puts a much higher priority on destroying Israel than on building a Palestinian state.

This is one reason why a “two-state solution” to the Israeli-Palestinian conflict will remain an unrealistic option until Hamas and other Palestinian extremist groups have been defeated and discredited. It’s also why President Trump stepped back from fully embracing a two-state outcome at the press conference.

Iran is very much part of the problem in the Israeli-Palestinian conflict also. Iran has provided Hamas with arms, including increasingly sophisticated rockets capable of striking Israeli cities from Gaza. Hamas has used these rockets in three wars against Israel since 2008.

Iran also has provided more than 100,000 rockets and missiles to Hezbollah, the Lebanese Shiite terrorist group that Tehran created and continues to lavishly bankroll, train and arm. Dubbed the “A-Team of terrorism,” Hezbollah killed more Americans than any terrorist group before the 9/11 attacks.

Hezbollah fought a war with Israel in 2006 and is presently doing Iran’s dirty work in Syria. Fighting alongside Iranian-controlled Shiite militias from Iraq, Afghanistan and Pakistan, Hezbollah has taken the lead in ground offensives against Syrian rebels opposing the brutal regime of Bashar al-Assad.

Israel has launched a series of air strikes against Hezbollah forces in Syria to prevent them from transferring sophisticated weapons provided by Iran to their bases in southern Lebanon.

Both Trump and Netanyahu seek the rapid destruction of ISIS in Syria, but Israel is concerned that Trump’s announced intention to cooperate with Russia in Syria could strengthen the influence of Iran and Hezbollah there.

At the summit, Netanyahu privately sought to gain an understanding of U.S. plans for Syria, efforts to split Russia from Iran, and the implications for Israeli security. At a minimum, he wants to prevent Iran and Hezbollah from establishing a military presence near Israel’s border with Syria.

The two leaders also may have focused on ways to intercept and expose Iran’s arms transfers to Hezbollah, Hamas and other groups, which are prohibited under a U.N. Security Council resolution.

In addition to coordinating their policies regarding Syria, Trump and Netanyahu also may have explored ways of reducing the growing ISIS threat to Jordan and Egypt.

Egypt has sustained heavy losses fighting ISIS in the Sinai Peninsula. It needs quiet help to defeat the insurgency, which has received extensive aid from Hamas and other extremist groups in Gaza.

Trump and Netanyahu also undoubtedly discussed the new administration’s plans to encourage the formation of a NATO-like alliance of Arab states to contain Iran and fight terrorism. Israel already covertly provides some Arab gulf states with intelligence on the subversive activities of Iran and Hezbollah. A U.S.-backed Arab military alliance would not only help hold Iran accountable for its hostile actions, but also provide an umbrella for improved Arab-Israeli relations.

This would dovetail with the Trump administration’s reported plans to pursue an “outside-in” strategy for advancing negotiations between Israel and Arab gulf states as a prelude to renewed Israeli-Palestinian peace negotiations.

The bottom line is that Israel and many Arab states have a common enemy in Iran and its terrorist network. Part of the hidden agenda of the meeting was to coordinate plans on how to translate that common interest into sustained efforts to enhance regional stability and boost Arab-Israeli cooperation.

James Phillips is the senior research fellow for Middle Eastern affairs at The Heritage Foundation.