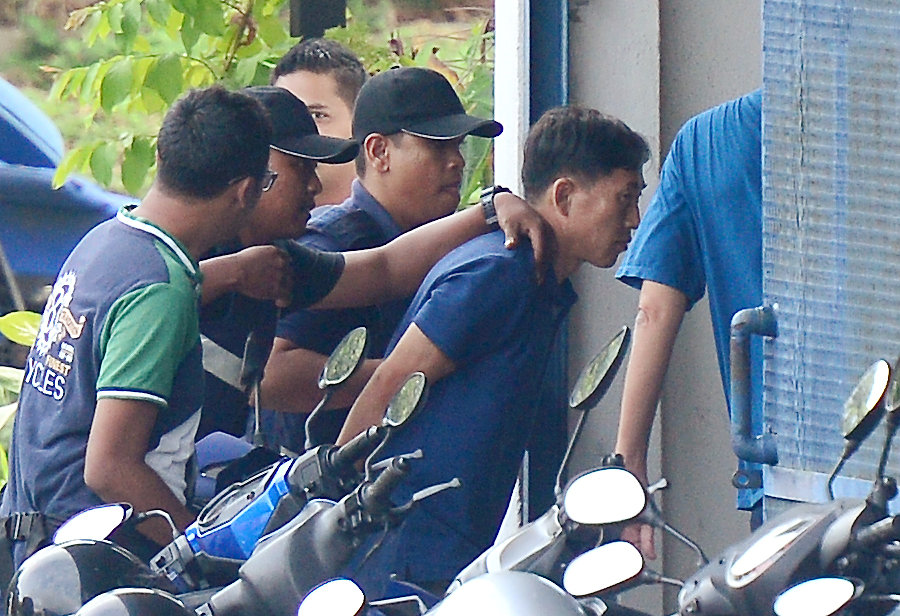 Malaysian police said on Sunday that four North Korean suspects in the murder of the estranged half-brother of North Korean leader Kim Jong Un fled Malaysia on the day of the killing.

The four North Koreans flew out of Malaysia, but police would not reveal the flight’s destination, just that they were coordinating with Interpol to track them down.

Malaysian police arrested a North Korean man on Friday in connection with the murder of Kim Jong Nam, while a Vietnamese woman and an Indonesian woman have also been arrested. A Malaysian man is being detained to facilitate the investigation.

Kim Jong Nam died on Monday after being assaulted at Kuala Lumpur International Airport, where he was catching a flight to Macau. South Korean and U.S. officials have said he was assassinated by North Korean agents using what was thought to be a fast acting poison.

“I can confirm today that they [four North Korean suspects] have left our country the very same day the incident happen,” deputy inspector-general of police Noor Rashid Ismail told reporters at a press conference.

“The four suspects are holding normal passports, not diplomatic passports,” he said.

“The next plan is to get them. We of course have international cooperation, especially with Interpol, and bilateral involvement with the country involved. We will go through those channels to get the people involved.”

Malaysian police said the cause of death was still unknown and that they were waiting for pathology and toxicology tests after conducting a post-mortem.

A diplomatic spat between North Korea and Malaysia over the body has escalated. North Korea has said it would reject Malaysia’s autopsy report and accused Malaysia of “colluding with outside forces” – a veiled reference to rival South Korea.

The Malaysian police said they were trying to contact the next of kin of Kim Jong Nam. “The body must be identified. The most eligible to identify the body physically is the next of kin,” Noor Rashid said.

“We will verify again through scientific means, so it is very important for close family members to come forward to assist us in the process of identification based on legal procedures under Malaysian law.”

The police is giving the next of kin two weeks to claim the body. South Korea’s intelligence agency told lawmakers in Seoul that Kim had been living with his second wife in the Chinese territory of Macau, under China’s protection.

The young, unpredictable North Korean leader had issued a “standing order” for his elder half-brother’s assassination, and there had been a failed attempt in 2012.