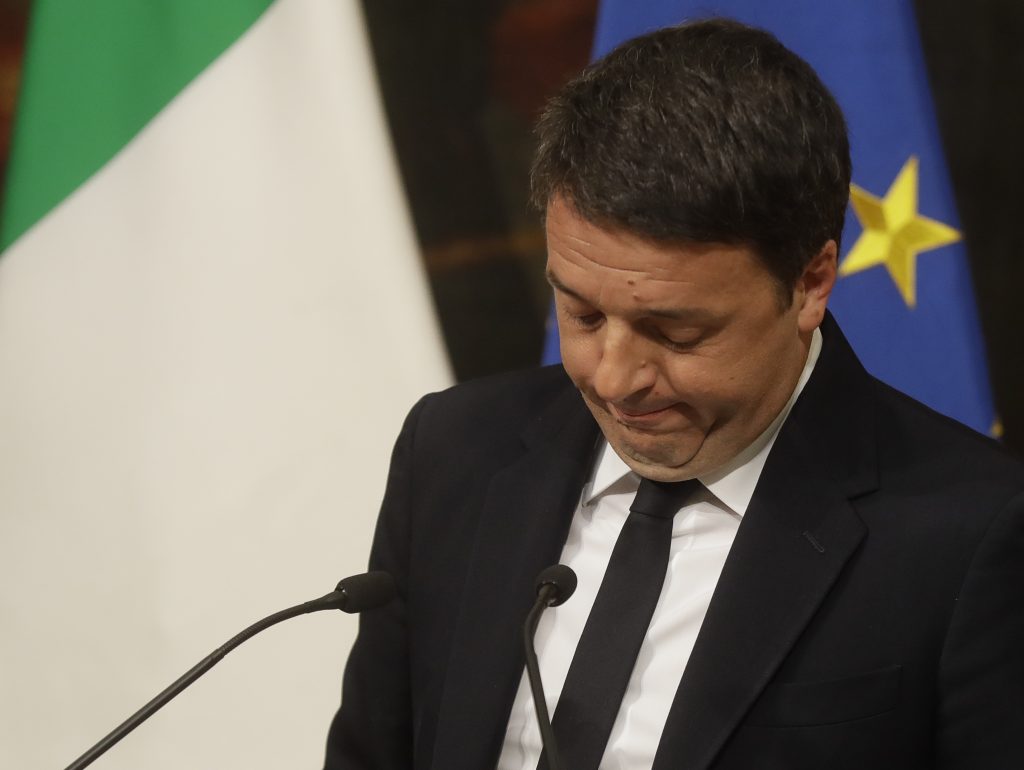 Former Italian Premier Matteo Renzi has resigned as Democratic Party leader in a bid to win a fresh, stronger mandate before the national election in which populist political forces are positioned to pose the biggest challenge.

As promised, Renzi told fellow Democratic leaders at a meeting Sunday that he was resigning. But Renzi insisted he won’t submit to what he called the “blackmail” of a more left-leaning faction threatening a schism if he again seeks the top party post.

The national election, due in early 2018, might come earlier if Premier Paolo Gentiloni loses control of a frequently squabbling center-left parliamentary majority.

The populist, anti-euro 5-Star Movement aims to gain national power for the first time. It is Parliament’s second-biggest party, after the Democrats, who govern in a center-left coalition.