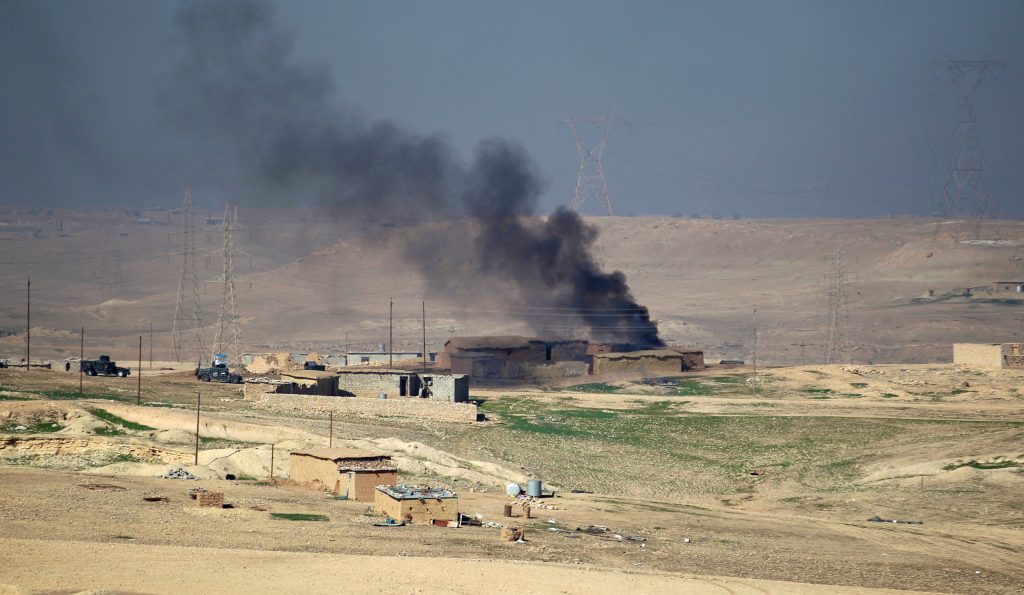 U.S.-backed Iraqi forces launched a large-scale military operation on Sunday to dislodge Islamic State terrorists from the western half of Mosul city, a battle that is expected to be prolonged and difficult due to a densely packed civilian population and older, narrower streets.

In a brief speech on state media, Iraqi Prime Minister Haider al-Abadi announced the start of the operation, saying that government forces were moving to “liberate the people of Mosul from Daesh oppression and terrorism forever,” using the Arabic acronym for IS.

Plumes of smoke were seen rising into the sky early Sunday morning as U.S.-led coalition jets struck terrorist positions southwest of Mosul and militarized police fired artillery toward the city. Heavily armed police units were getting ready to move north with their armored vehicles from a base just southwest of the city.

“This is zero hour and we are going to end this war, G-d willing,” said Mahmoud Mansour, a police officer, as he prepared to move out.

The immediate objective of the operation was to take the villages on the southern outskirts of Mosul airport, a police spokesman told The Associated Press. The officer spoke on condition of anonymity in line with standard procedures.

Eastern Mosul was retaken from IS by Iraqi forces last month after a hundred-day battle, but the west of the city remains in the hands of the terrorists. Unlike the east, much of the west is composed of old houses forming narrow alleyways, making the use of armored vehicles more difficult and promising a tougher fight.

Iraqi special operations forces, regular army and federal police units are taking part in the offensive along with government-sanctioned paramilitary forces, made up mainly of Shiite militias, operating on the city’s outskirts.

According to the United Nations estimate, about 750,000 civilians may be left in the western half of Mosul and humanitarian conditions are grim, with stocks of food, fuel and water running low.

Mosul, Iraq’s second-largest city and the last IS urban stronghold in the country, fell into the hands of the terrorists in the summer of 2014, when the group captured large swaths of northern and western Iraq.