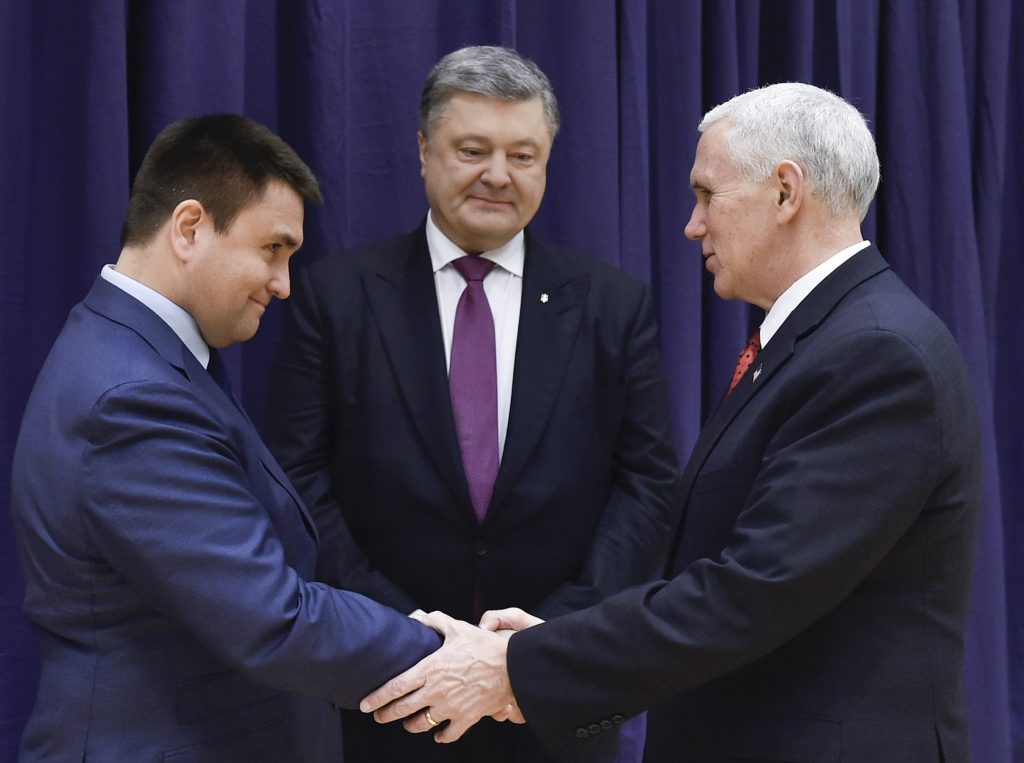 Vice President Mike Pence was the latest in a trio of high-ranking Trump emissaries to tell European allies in person that the United States will steadfastly support NATO and demand that Russia honor its commitments to end fighting in Ukraine.

Some European leaders, however, remain skeptical of whether Pence and the U.S. secretaries of state and defense actually speak for President Donald Trump. And they worry those declarations might easily be swept away at the whim of the mercurial American president.

European countries along Russia’s border have been rattled by the prospect of deeper U.S.-Russia ties after President Trump bucked the opinions of German Chancellor Angela Merkel and other world leaders by suggesting that sanctions imposed on Russia over its intervention in Ukraine could be eased in exchange for a nuclear arms deal.

President Trump also raised eyebrows when he appeared to draw parallels between Russia and the U.S. when Bill O’Reilly of Fox News referred to Russian President Vladimir Putin as “a killer.” President Trump replied: “We’ve got a lot of killers. What do you think? Our country’s so innocent?”

In the days before his inauguration, President Trump referred to NATO as “obsolete” in an interview, but said the 28-nation alliance remained important to him. He has since tempered his language and stressed the importance of NATO during telephone conversations with multiple foreign leaders.

Pence, making his first overseas trip as vice president, sought to allay some of those fears in Munich on Saturday, reaffirming the U.S. commitment to NATO and promising that the U.S. would “hold Russia accountable.”

Michael Chertoff, who served as homeland security secretary under President George W. Bush, noted that VP Pence’s comments were in line with similar assurances given by U.S. Defense Secretary Jim Mattis during a NATO meeting in Brussels earlier in the week.

“They’ve all been consistent about the fact that there is a strong, deep and enduring commitment to Europe and to NATO and I think that message has been received,” Chertoff said.

The same day Mattis was in Brussels, U.S. Secretary of State Rex Tillerson met with his Russian counterpart in Bonn, Germany, saying afterward that Russia must adhere to a 2015 deal to end fighting between Ukrainian forces and Russia-backed separatists in eastern Ukraine.

But whether President Trump intends to put Pence’s words into action remained a front-and-center issue at the Munich Security Conference.

German Vice Chancellor Sigmar Gabriel was pressed after Pence’s speech on whether he had doubts about Trump’s commitment to NATO.

“I have no doubts that the American vice president, and also the defense minister, will do everything to take responsibility within NATO as in the past, and I don’t think there is a big argument inside the American government,” said Gabriel, who also is Germany’s foreign minister. Asked about Trump’s commitment, he said, “Since I haven’t spoken to him, I can only say what I discussed with Mr. Pence — I did that and there are no doubts there.”

Jeff Rathke, a senior fellow with the Center for Strategic and International Studies in Washington, said Pence’s words were likely reassuring to Europeans in light of the similar affirmations from Mattis and Tillerson.

“But everyone is aware that this is tentative until it is reaffirmed by the president in his own words,” Rathke said in an email. “One tweet or statement casting doubt on the Europeans or on NATO will call back into question all of what Pence and Mattis have been saying.”

Democrats are still stung by the conclusion of intelligence agencies that Russia meddled in the presidential campaign to help President Trump defeat Democrat Hillary Clinton. And they have continued to argue that President Trump remains a major liability on the world stage.