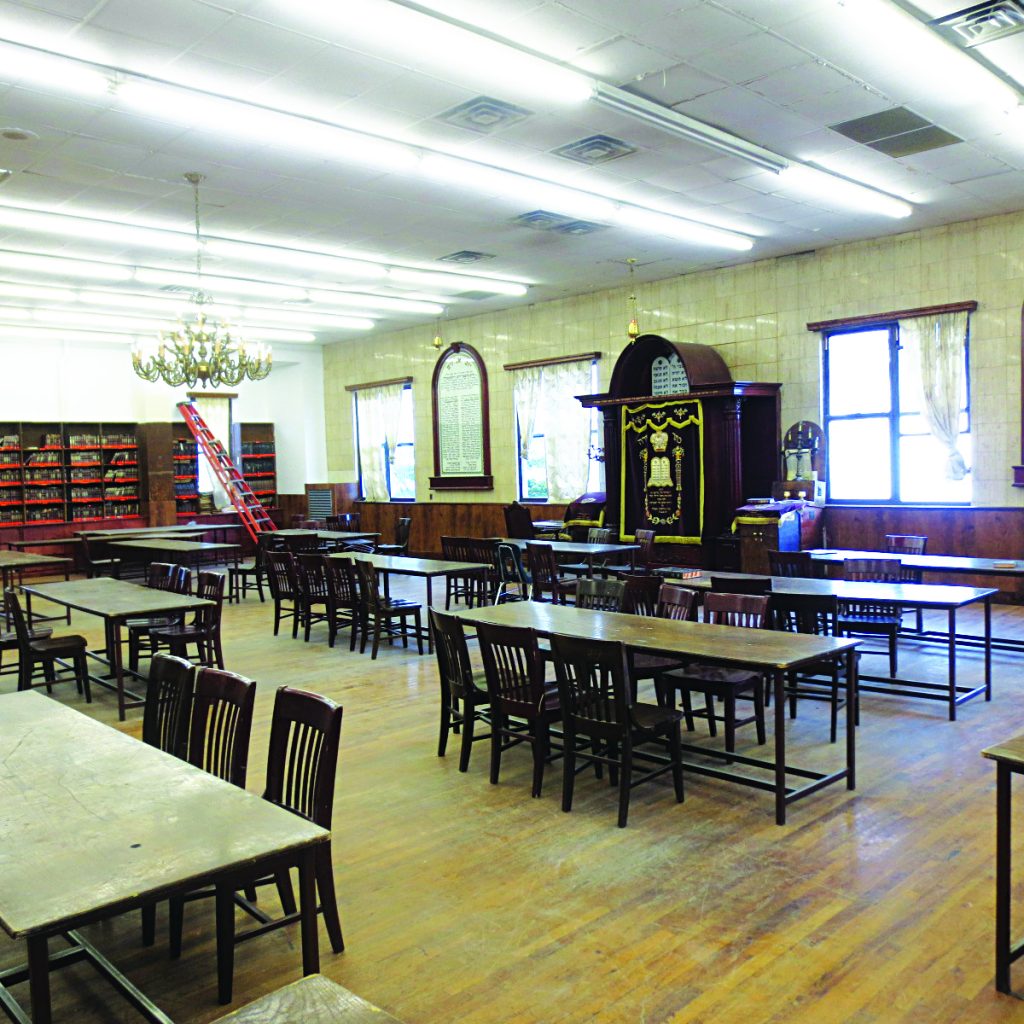 A blaze tore through the Nitra Yeshivah in Mount Kisco, New York, over Shabbos, destroying the building in a fire that took firefighters over 12 hours to fully extinguish. Baruch Hashem, there were no injuries, and the two sifrei Torah and all pairs of tefillin in the building were saved, but the entire structure, including the beis medrash, shiur rooms, and many sefarim belonging to the yeshivah were lost.

The fire was first discovered as the talmidim of the yeshivah were davening Kabbalas Shabbos.

“The chazzan just finished saying shomer nafshos chassidav [Hashem guards the lives of the righteous ones] and a bachur came running in saying that there’s a fire in the dining room,” a member of the yeshivah staff, who asked not to be named, told Hamodia.

Harav Shmuel Dovid Ungar, shlita, Nitra Rav, who also serves as Rosh Yeshivah, instructed the talmidim to immediately take the two sifrei Torah and the many pairs of tefillin that were in the building and to flee immediately. One is permitted to move tefillin on Shabbos in order to save them from destruction.

Mount Kisco Fire Chief Al Bueti told local media that over 100 firefighters responded to the blaze from several departments. The mountain upon which the Nitra community is located makes it difficult to access groundwater. Authorities never installed hydrants in the area, making the fire exceptionally difficult to extinguish. Firefighters used a relay system and tanks to transport water. Winding narrow roads also make it difficult to access.

Firefighters battled the blaze from slightly before seven o’clock in the evening until almost an hour past midnight, and had to return in the early morning to extinguish several spots that had flared up.

The fire engulfed the entire building and eventually the roof collapsed, destroying the entire structure and all that was in it.

“It’s a tremendous collection of sefarim that was lost, hundreds maybe thousands, a huge library,” said a yeshivah administration member.

The building is the beis medrash of the kehillah’s yeshivah gedolah and is located a short distance from the Nitra community made up of about 70 families.

Following their escape from the blaze, 50 talmidim from outside the community who dorm on the campus and typically eat their Shabbos meals in the yeshivah building, were hosted by several local families. The remaining Shabbos tefillos were held in the building of the yeshivah ketanah located nearby.

Arrangements are being made for the yeshivah to establish a temporary beis medrash in its dormitory building which was unaffected by the fire, until the building can be rebuilt.

“Everybody is saying that we have to do teshuvah,” said the staff member. “We have a beautiful kehillah, but there are always things that need to be improved; it seems this is a time for us to look harder for what they may be.”