National Amid Boycott of Ivanka Trump-Branded Products, Her Perfume Is a Bestseller on Amazon
National 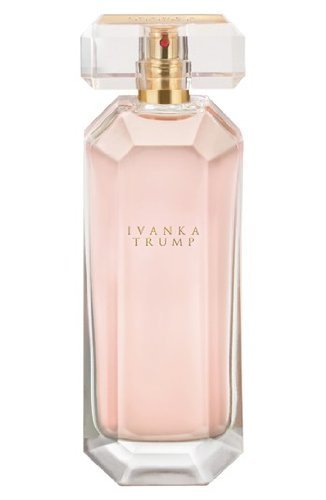 Ivanka Trump’s brand of clothing, shoes and accessories has been at the center of a tempest since her father was elected president. On the left, calls to boycott retailers that carried merchandise bearing the Trump name crescendoed as a way to protest President Donald Trump. Earlier this month, the brand took its latest hit after Nordstrom became the latest retailer to drop Ivanka Trump-branded items.

But on Amazon.com this past week, the brand reclaimed a small victory: Ivanka Trump’s perfume suddenly jumped to the top spot on the list of the online retailer’s best-selling fragrances, as first reported Thursday by conservative news site Townhall.

As of Saturday morning, the Ivanka Trump Eau de Parfum spray remained the top-selling item in the “Perfumes & Fragrances” category on Amazon.

It is unclear how sales of Ivanka Trump’s perfume performed on the site before the past week. Amazon did not immediately respond to an email Saturday morning. (Jeffrey P. Bezos, the chief executive of Amazon.com, owns The Washington Post.)

Hamodia spoke to A.M. Zeidman, a vendor on Amazon for beauty products, who told of selling over 100 Ivanka Trump perfumes in one day last week. One can see the reviews are mostly politically motivated. He said it has moved up to #20 in beauty products which is a very high ranking. It is also marked as a # 1 best seller!

A bevy of new reviews for the perfume also appeared on the product page. While some were apolitical, many indicated they had purchased the product – or at least were posting about it – in support of the president and his daughter.

Still others had little to do with the actual product and seemed more a statement against those who opposed Trump.

The sales jump appears to be driven in part by a backlash to a boycott of Trump-branded merchandise. Since last fall, the Grab Your Wallet campaign has persistently encouraged consumers to boycott retailers that carry Trump-branded items. Stores that have said they would drop such merchandise have included Neiman Marcus, Kmart and Sears.

The boycotts have contributed to the drop in sales of Ivanka Trump-branded goods. As The Washington Post’s Sarah Halzack reported last week:

Panjiva, a global trade data company, says that imports of products that bear the Ivanka Trump name were 54.4 percent lower in the three months ended Jan. 31 compared with the three months that ended Sept. 30, the period that represents the peak of imports of that brand in Panjiva’s records.

Most notably, earlier this month Nordstrom said it would no longer carry Ivanka Trump-branded clothing and shoes. The department store said it was dropping the line because of flagging sales, not politics.

President Trump lashed out at Nordstrom on Twitter shortly after that news broke, complaining that his daughter had “been treated so unfairly.”

Trump tweeted: My daughter Ivanka has been treated so unfairly by @Nordstrom. She is a great person — always pushing me to do the right thing! Terrible!

On the right, the retail news site Racked reported that the Grab Your Wallet movement has been met with Trump-supporting shoppers who have vowed to boycott stores that back away from Trump-branded items.

“I don’t shop, but I have a wife that does and she’s no longer shopping [at Nordstrom] because I’ve cut up the [Nordstrom] credit card,” Texas resident Tom Rinehart told Racked. “There’s plenty of other stores that she spends too much money in.”