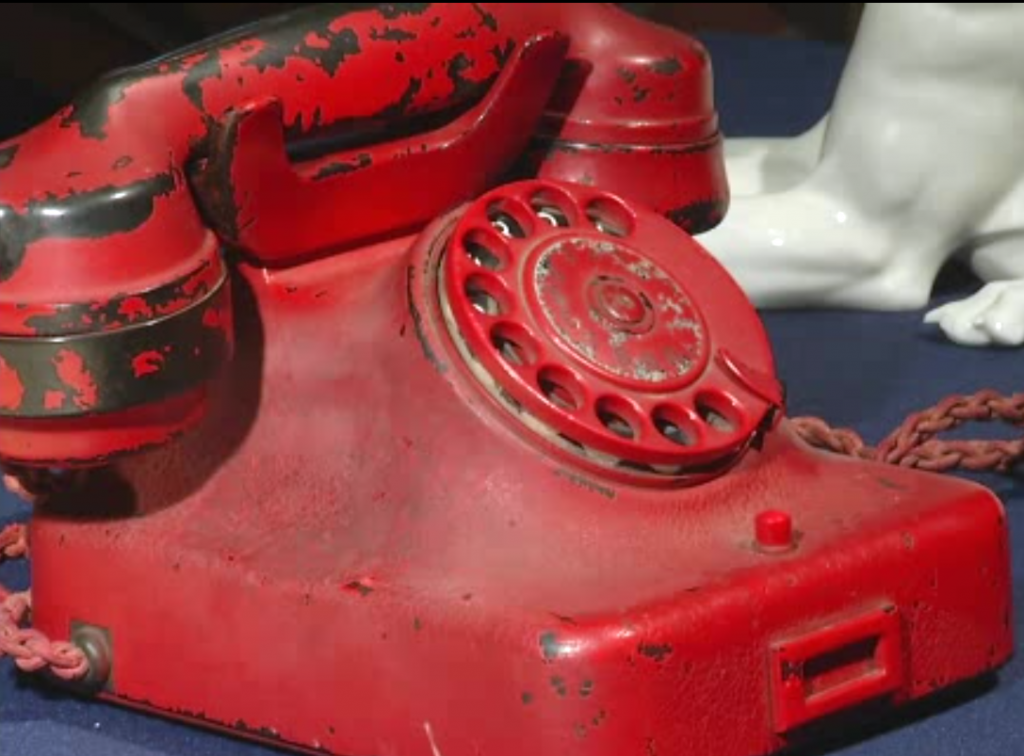 Bill Panagopulos of Alexander Historical Auctions in Chesapeake City says occupying Russian officers gave the phone to Brig. Sir Ralph Rayner during a visit to Hitler’s Berlin bunker. Rayner’s son is now selling the red phone with a Nazi party symbol and Hitler’s name engraved on the back.

Panagopulos considers the phone a “weapon of mass destruction,” noting that the orders Hitler gave over the phone took many lives.

He says the seller and auction house hope it ends up in a museum, where people who see it “really understand what extreme fascist thinking can bring about.”