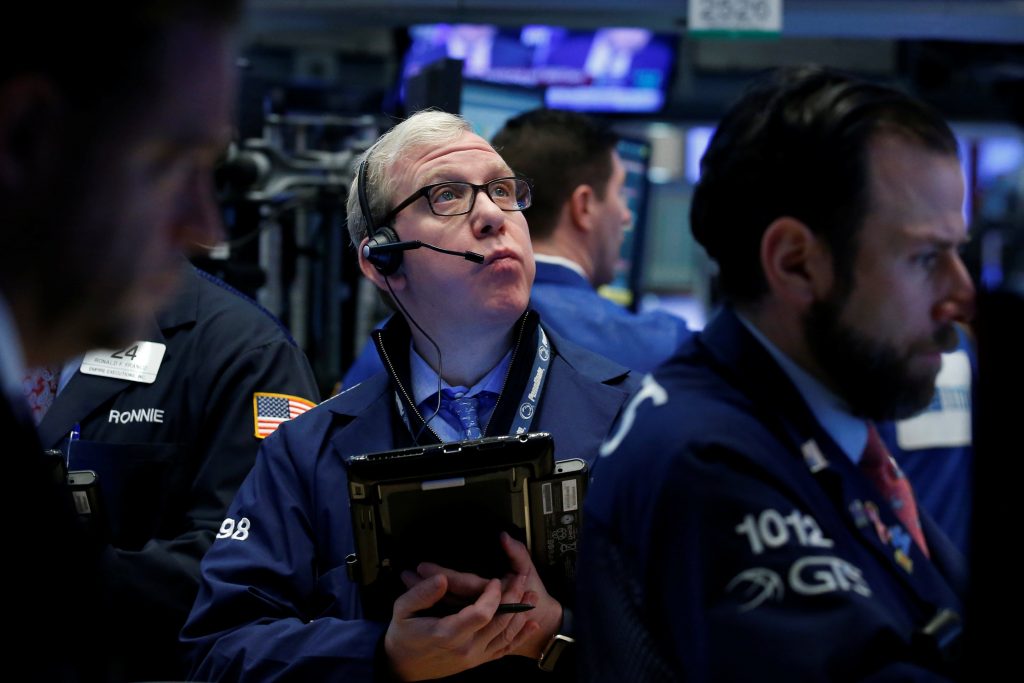 Wall Street dipped on Thursday, weighed down by energy stocks as oil prices dropped and as banks shares fell for the first time in six days.

The three main indexes had inched up enough at the open to notch record intraday highs for the sixth straight session. The rally was sparked by President Donald Trump’s vow last week of tax cuts, and fueled by optimism that his plans for corporate deregulation will expand the economy.

However, worries have started to surface that Trump so far has provided no substantial details on his plans.

“Some of these policies are game changers to certain sectors, and the market is being somewhat rational in terms of taking a bit of a breather before we have more facts as opposed to plans or intention,” said Tracy Maeter, global investment specialist at J.P. Morgan Private Bank in Philadelphia.

“I would expect that we are going to be in this mode in terms of taking two steps forward and one step back.”

Seven of the 11 major S&P sectors were lower. The biggest drags were the financials, which fell 0.41 percent, and energy, which dropped 0.83.

The technology index edged up 0.16 percent, buoyed by Cisco’s 2.9 percent gain after its results. The stock was the top boost to the S&P and the Nasdaq.

Wells Fargo was the biggest drag on the S&P, slipping 1.2 percent after Credit Suisse downgraded its stock to “neutral” from “outperform.”

TripAdvisor sank 9.3 percent and was the biggest percentage loser on the S&P and Nasdaq 100 after posting lower-than-expected quarterly revenue and profit.