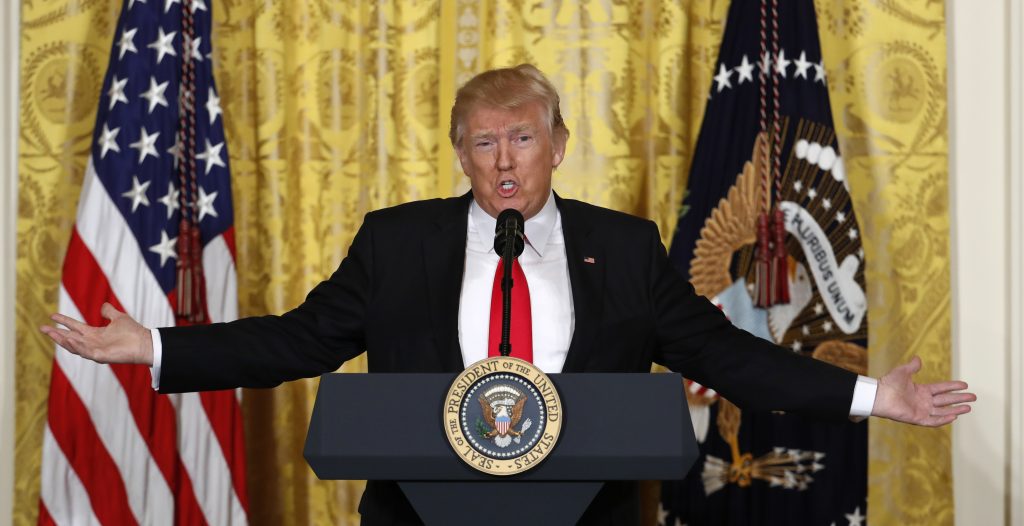 President Donald Trump mounted a vigorous defense of his presidency and accused America’s news media of being “out of control” at a White House news conference on Thursday, vowing to bypass the media and take his message “straight to the people.”

Nearly a month into his presidency, Trump said his new administration had made “significant progress” and took credit for an optimistic business climate and a rising stock market. He pushed back against widespread reports of a chaotic start to his administration marked by a contentious executive order — now tied up in a legal fight — to place a ban on people from seven predominantly Muslim nations entering the United States.

“This administration is running like a fine-tuned machine,” Trump declared. The president said that he would announce a “new and very comprehensive order to protect our people.”

At the news conference, the president announced that Alexander Acosta would be his nominee for Labor secretary. That came a day after fast-food executive Andrew Puzder withdrew after losing support among Republican senators.

Trump, a celebrity businessman and media star who was elected as an outsider intent on change, opened a hastily arranged news conference to bash coverage by the news media. He accused reporters of not telling the truth and only serving special interests.

“The press has become so dishonest that if we don’t talk about it, we are doing a tremendous disservice to the American people,” Mr. Trump said.

As for his inner circle, President Trump is also expected to soon name a new national security adviser following this week’s ouster of Michael Flynn, who the White House said had misled Vice President Mike Pence about Flynn’s contacts with Russia.

Earlier in the day, Trump had a breakfast meeting with some of his staunchest House supporters.

The White House has said that Mr. Trump asked for Flynn’s resignation because he had misled Vice President Mike Pence over his dealings with Russia and whether he had discussed sanctions with Russia’s ambassador to the U.S. before Trump’s Jan. 20 inauguration. Flynn previously had denied those conversations to Pence and other top officials.

On Thursday, he warned in a pair of tweets that “low-life leakers” of classified information will be caught. As journalists were being escorted out of the breakfast meeting, Trump responded to a reporter’s question on the subject by saying, “We’re going to find the leakers” and “they’re going to pay a big price.”