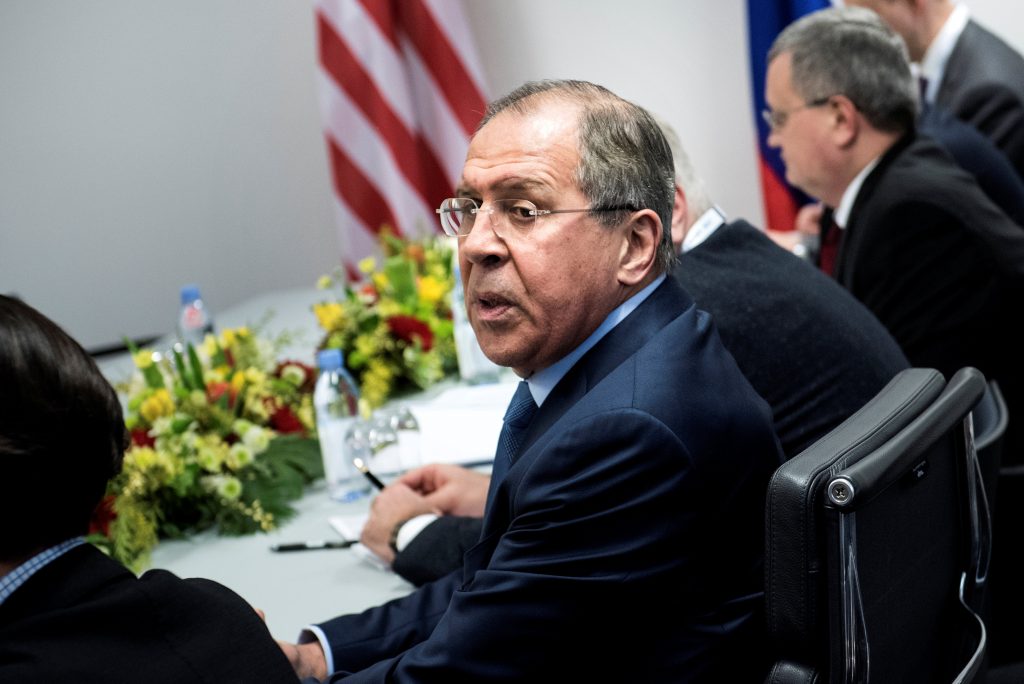 Russia does not interfere in other countries’ interior affairs, Russian Foreign Minister Sergei Lavrov said on Thursday at the start of his first meeting with Secretary of State Rex Tillerson.

Reporters present at the start of the meeting asked Lavrov to comment on the turmoil in Washington where President Donald Trump sacked a top aide this week over his contacts with Russian officials.

“You should know we do not interfere in the domestic matters of other countries,” Lavrov said.

Trump has railed against “criminal” leaks from U.S. intelligence agencies, some of which apparently showed national security adviser Michael Flynn had had conversations with Russians about sanctions, something he had previously denied.

Lavrov did not elaborate about the situation in Washington, but Russian President Vladimir Putin has said it is in the interests of both nations to restore communications between their intelligence agencies.

President Trump has said he hopes to rebuild ties with Russia despite reports from U.S. intelligence agencies last year which concluded that Russia hacked and leaked Democratic emails during the presidential campaign as part of efforts to tilt the vote in the election in President Trump’s favor.

Lavrov said the two countries had “plenty of issues” to discuss, many of which had already been raised during a telephone conversation between President Trump and Russian President Vladimir Putin on Jan. 28.

“I believe that we can discuss and establish the parameters of our future work,” Lavrov said, adding, “Very glad to see you once again.” It was not immediately clear when the two men had met before.

At the meeting, on the sidelines of a G20 foreign ministers meeting in Bonn, reporters were present during Lavrov’s opening remarks to Tillerson, the former CEO of Exxon Mobil Corp, but were quickly ushered out when Tillerson began to speak.

“Why do they shoosh them out?” Lavrov asked Tillerson, whose remarks were interrupted when U.S. media handlers asked journalists to leave the meeting room.

Many news outlets have complained about Tillerson’s lack of communication with reporters.

Relations with the media came up during a meeting between Tillerson and British Foreign Secretary Boris Johnson.

They talked briefly about Johnson’s recent trip to The Gambia and Ghana but did not answer a reporter’s question about how changes in Washington would affect the transatlantic alliance.

As reporters left the room, Johnson said: “Are we still being recorded?”

Tillerson replied: “They never give up.”