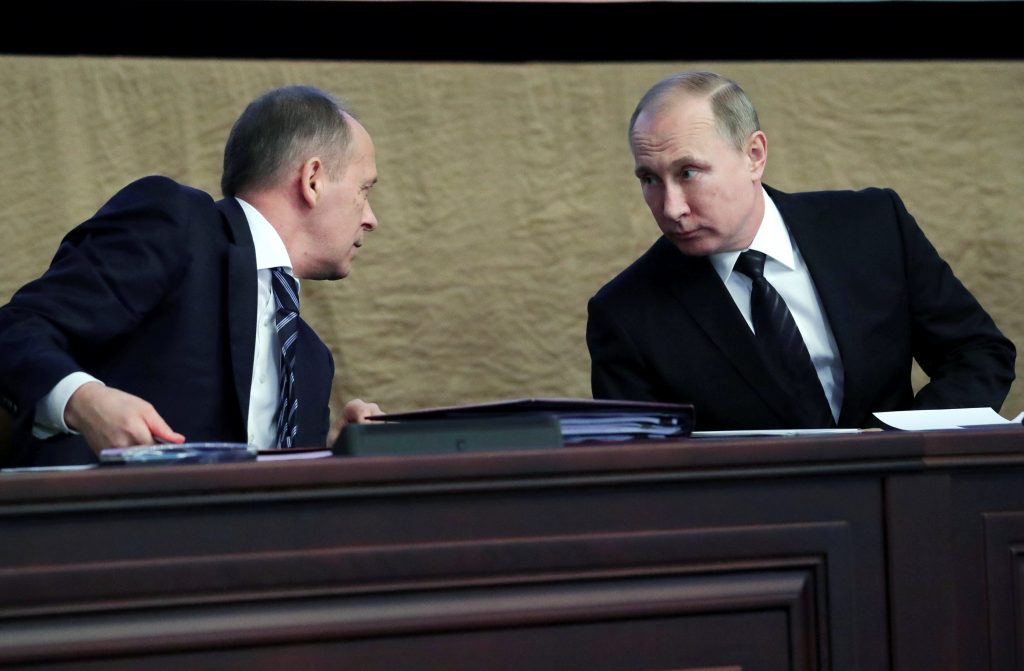 Russian President Vladimir Putin is calling for a new level of cooperation with Western intelligence agencies in order to fight terrorism.

“It’s in the general interest to establish a dialogue with the special services of the United States and other member countries of NATO,” President Putin said Thursday at a meeting of top officials of the Federal Security Service, news agencies reported.

“We need to establish cooperation at a new level in the antiterrorist sphere with foreign partners,” he said.

President Putin at the same time complained that NATO “is constantly provoking us and trying to draw us into confrontation,” the reports said.

He claimed that Russia last year thwarted the activity of more than 400 foreign special agents, but did not give details.