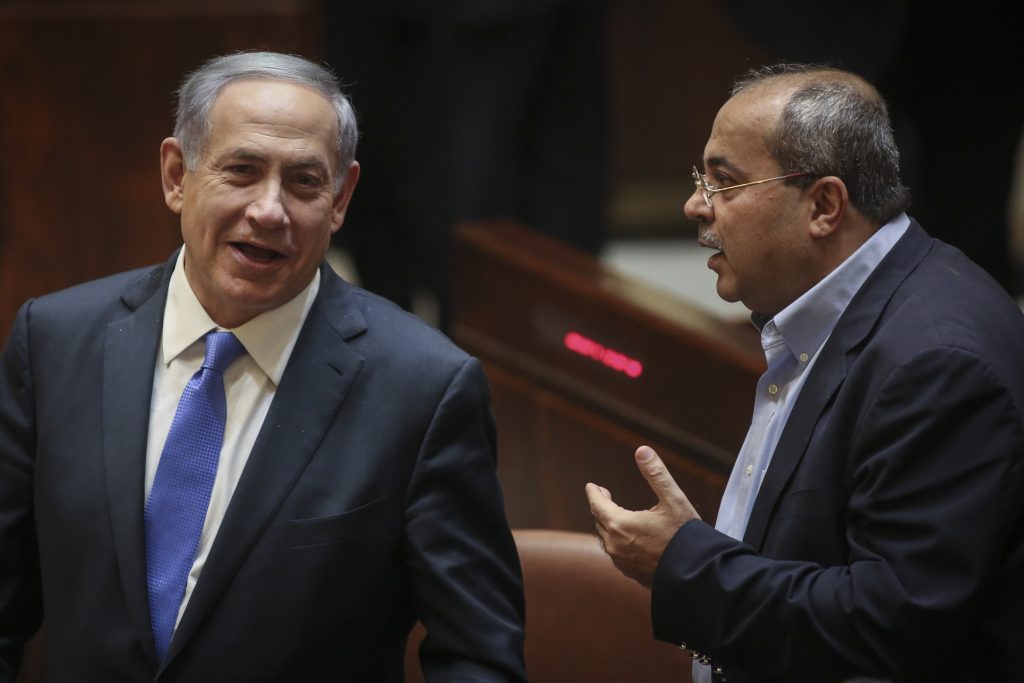 While leftist MKs condemned the new White House position that either a two-state or one-state solution is fine with the U.S. – depending on the results of negotiations between Israel and the Palestinians – MK Ahmed Tibi said Thursday that he was ready for a one-state challenge. “If there is a single state of Israelis and Palestinians, I will be prime minister,” Tibi said in an interview with CNN.

The reasons, Tibi explained, revolved around what he said were the “demographic realities,” in which Arabs would eventually outnumber Jews in the land mass between the Mediterranean and the Jordan River. If Israel does annex Yehudah and Shomron, Tibi said, “I will run for prime minister, and I can guarantee I will win. All the Palestinians will vote for me, and some of the Jews will vote for me. Netanyahu will lose.”

At his meeting with PM Netanyahu Wednesday, President Donald Trump said that as far as he was concerned, the final resolution of the Middle East conflict was up to both sides. “So, I’m looking at two-state and one-state and I like the one that both parties like. I’m very happy with the one that both parties like. I can live with either one. I thought for a while the two-state looked like it may be the easier of the two, but honestly, if Netanyahu and the Palestinians are happy, I’m happy with the one they like the best.”

Netanyahu, for his part, said that he was also ready for any solution, but that Israel’s security could not be compromised. “First, the Palestinians must recognize the Jewish state, they must stop calling for Israel’s destruction,” he told reporters after the meeting. “Second, Israel must retain security control over all of the area west of the Jordan River.” Without that, the result would be what happened in Gaza, “another failed state, another Islamist dictatorship that will not work for peace, but work to destroy us,” Netanyahu added.

Speaking Thursday, Zionist Camp MK Tzippy Livni said that the two-state solution was the only solution. “Those who got excited when Trump said a one-state solution is fine with him should not forget that he also said that the agreement must be acceptable to both sides. Such a solution will lead us to a bi-national state, which would be a disaster for Israel. If Trump forces us into that solution I will fight for a Jewish and democratic state.”