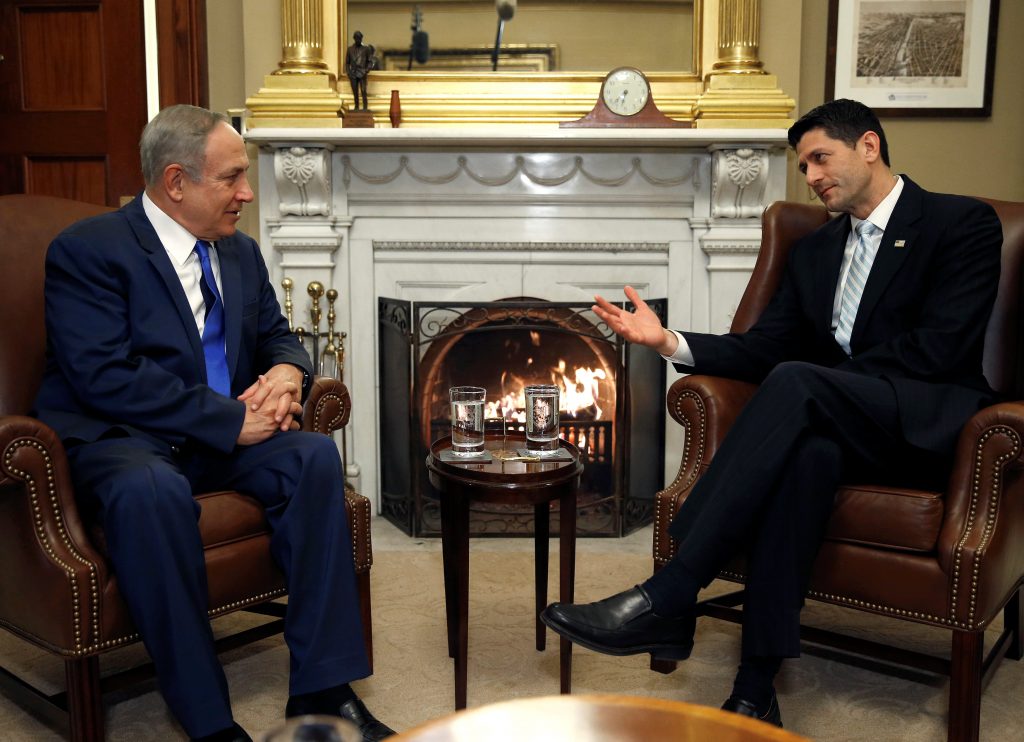 MKs and political leaders on Israel’s right were buoyed by the results of Wednesday’s meeting between Prime Minister Binyamin Netanyahu and President Donald Trump, even as PM Netanyahu was planning his next trip to the U.S. – appearing at the annual AIPAC convention next month.

According to sources close to the prime minister, Netanyahu plans to appear at the event, carrying on an annual tradition that was broken only last year, when he decided not to attend due to the contentious presidential campaign. According to the sources, President Trump may also appear at the event, although final decisions on either’s appearance will be made only closer to the event, they said.

Meanwhile, right-wing Israelis were celebrating what they termed the “positive results” of the Netanyahu-Trump meeting Wednesday. Speaking Thursday, Transportation Minister Yisrael Katz declared that “the building freeze is over, and massive building needs to take place, certainly in Yerushalayim.” The statements President Trump made – about how the final disposition of the conflict is dependent only on negotiations between Israel and the Palestinians, and that the U.S. did not have a preference on what form that deal would take, as well as Trump’s comments on Iran – sent a message that “Iran and the Shiite states are out, and Israel and the Sunni states are in,” said Katz, adding that President Trump was most interested in developing regional alliances that could defeat Islamist radicalism.

Speaking on Army Radio, Jewish Home chairman Naftali Bennett said that while he had differences of opinion with Netanyahu on many issues, he saluted the prime minister for his successful meeting. “The meeting was an important step for Israeli security,” he said. “I criticized Netanyahu for advocating for a Palestinian state, and now I congratulate him for backing off on the idea. I am very happy at the results of this meeting.” Netanyahu, Bennett said, “showed true leadership. There are already two Palestinian states – Gaza and Jordan – and there is no need for a third. We are entering an era of opportunities, and now we need to build freely in Yerushalayim and the rest of Israel.”

Shomron Council head Yossi Dagan also expressed his satisfaction with the results of the meeting. “Since the election of Trump two months ago I have felt that the ball is not in Washington’s court, but in Yerushalayim’s. The president has said time and again that he will back whatever decisions the prime minister makes. I am very happy that the fantasy of a terror state in the heartland of the state of Israel was not even mentioned at the meeting. This is a historic time. Mr. Prime Minister, it is all up to you. The nation expects and awaits historical changes.”

On the other side of the equation was Zionist Camp MK Tzippy Livni, who said that without the two-state solution, there would be no solution. “Those who got excited when Trump said a one-state solution is fine with him should not forget that he also said that the agreement must be acceptable to both sides. Such a solution will lead us to a bi-national state, which would be a disaster for Israel. If Trump forces us into that solution I will fight for a Jewish and democratic state.”