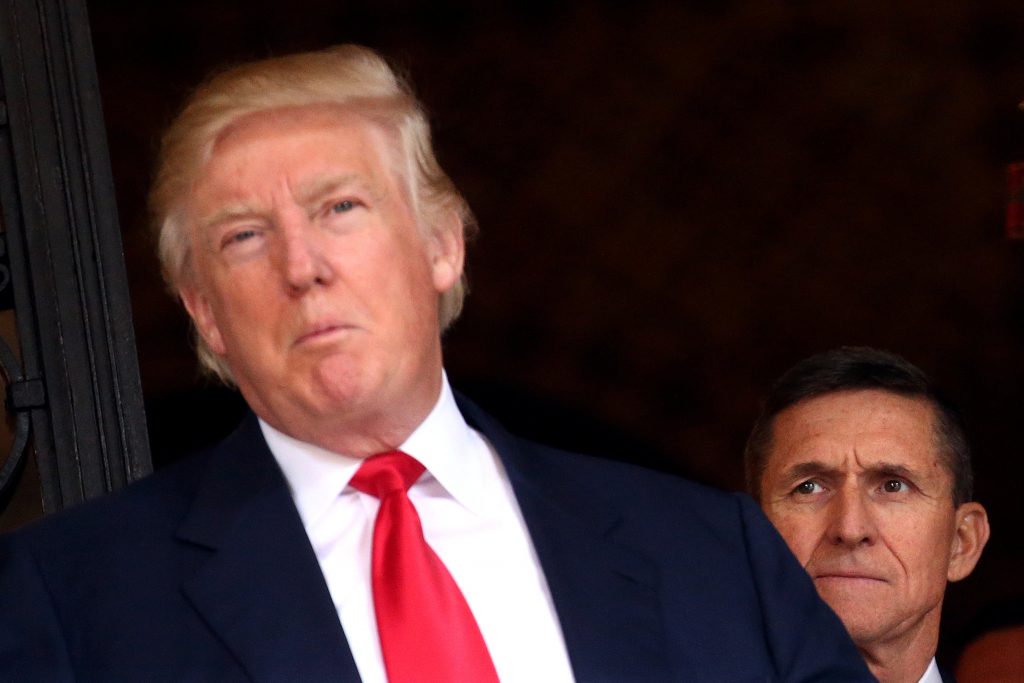 President Donald Trump slammed intelligence officials and the media on Wednesday over what he called “very, very unfair” treatment of his ousted national security adviser Michael Flynn and for “illegally leaked” information about reported contacts between his campaign advisers and Russian officials.

Trump’s comments come two days after Flynn was forced to resign for misleading Vice President Mike Pence and other Trump aides about his contacts with Russia’s ambassador to the U.S. before the inauguration.

In his first public comments on Flynn’s firing, Trump said it was “really a sad thing that he was treated so badly.” He spoke during a White House news conference with Israeli Prime Minister Benjamin Netanyahu.

Late Tuesday, The New York Times reported — without citing any sources — that U.S. agencies had intercepted phone calls last year between Russian intelligence officials and members of Trump’s 2016 campaign team. However, they did quote current and former U.S. officials that no evidence was found that the Trump campaign was working with the Russians on hacking or other efforts to influence the election.

Trump didn’t directly address the veracity of the report, but lashed out at what he called the “criminal act” of leaking information. Earlier Wednesday, Trump tweeted that “classified information is illegally given out by ‘intelligence’ like candy. Very un-American!”

The White House said Flynn was fired not because of his communications with the Russian ambassador, but because he had not been truthful with Pence about the content of those discussions. Flynn maintained for weeks that he had not discussed sanctions in the calls, but later conceded that the topic may have come up.

White House officials said they conducted a thorough review of Flynn’s interactions, including transcripts of calls secretly recorded by U.S. intelligence officials, but found nothing illegal.

Pence, who had vouched for Flynn in a televised interview, is said to have been angry and deeply frustrated.