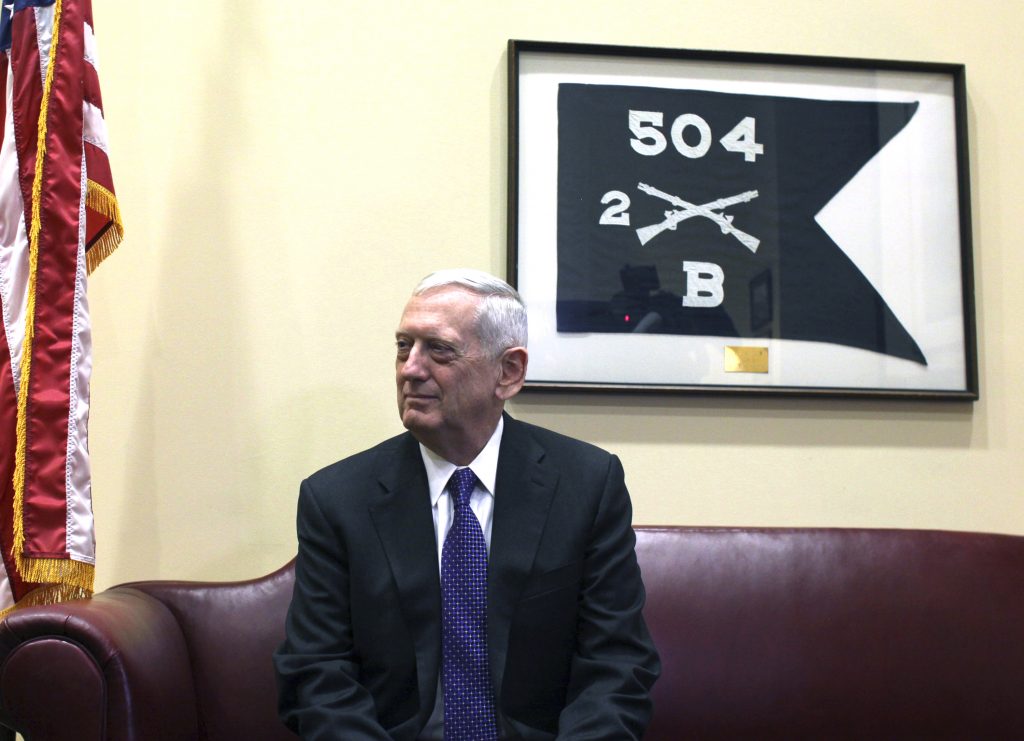 “America will meet its responsibilities, but if your nations do not want to see America moderate its commitment to the alliance, each of your capitals needs to show support for our common defense,” according to a transcript of his remarks at the gathering in Brussels.

A month after President Donald Trump described the North Atlantic Treaty Organization as “obsolete,” ministers from the 28 alliance countries met on Wednesday to figure out what role the new administration will play in the allies’ common defense. Mattis’s strong words will echo into Thursday as foreign chiefs assemble in Bonn, Germany, for the Group of 20 meeting, which will be Rex Tillerson’s inaugural European foray as secretary of state.

During his election campaign and in interviews since his victory, Trump demanded that European nations contribute a larger share to their defense. Currently, the U.S. accounts for about 70 percent of the alliance’s overall defense expenditure.

While only five NATO members meet its target to spend 2 percent of their gross domestic product on defense, expenditures increased in 2016 for the first time since 2009. Among European countries and Canada, it grew 3.8 percent, or about $10 billion, NATO Secretary General Jens Stoltenberg said.

Mattis told his colleagues that NATO, by the end of the year, would have to adopt a plan that would include milestone dates to make progress toward the 2 percent target, according to the transcript.

“No longer can the American taxpayer carry a disproportionate share of the defense of western values,” Mattis told the defense ministers. “Americans cannot care more for your children’s future security than you do.”

Some of the other defense ministers were receptive to the call for increased burden sharing.

“Americans are right: This is a question of fairness that also we, the Europeans, all contribute and that we don’t excessively rely on the Americans,” German defense minister Ursula von der Leyen told reporters before the meeting, adding that there is “no doubt” about Mattis’s commitment to NATO.

Mattis’s trip to Europe comes as Washington struggles to contain the fallout of the ouster of national security adviser Michael Flynn, who the administration says may have misled the president and vice president about his communications with a Russian envoy.

U.S. spy chiefs told a Senate committee last month that they have “high confidence” in a declassified report that Russia interfered with last year’s presidential elections. They said Putin personally directed a hacking and disinformation operation that sought to undermine Democrat Hillary Clinton and, eventually, to help Republican Trump.

Mattis didn’t talk about the issue when he spoke to reporters on arrival at the NATO meeting but addressed defense ministers on Russia during the meeting, according to the transcript.

“We remain open to opportunities to restore a cooperative relationship with Moscow, while being realistic in our expectations and ensuring our diplomats negotiate from a position of strength,” he said. “We are not willing, however, to surrender the values of this alliance, nor let Russia — through its actions — speak louder than anyone in this room.”

Trump sent a message on Twitter as the meeting of defense ministers was getting underway, pointing out that the invasion of Crimea happened on his predecessor’s watch. “Crimea was TAKEN by Russia during the Obama Administration. Was Obama too soft on Russia?” he wrote.