Business How to Get a Reluctant Airline to Compensate You
Business 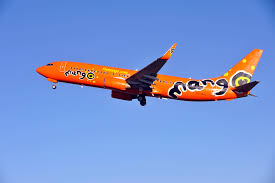 Sometimes, airlines do the right thing — no questions asked.

Gerrard Hattfield knows what that’s like. The entrepreneur was flying from Durban, South Africa, back to his home in Cape Town, when thunderstorms delayed his Mango Airlines departure. After a two-hour wait, an airline representative approached him and did something that surprised him: She asked him if he was comfortable.

“Then she gave me a coupon to have a meal and two drinks at a restaurant at the airport,” he remembers.

The experience changed the way Hattfield felt about Mango, a low-cost South African airline. And that’s saying a lot. Among his projects is starting a search website called Flight Factory, so he was not an easy conversion. But it also is instructive for those of us in the United States. Occasionally, airlines do right by their customers, although finding an example of an airline that does the right thing without being pushed, prodded or threatened is so rare that I had to look outside the country to find one.

Here’s why: Airlines have written ticket contracts — in the industry they’re called contracts of carriage — that let them off the hook for anything beyond circumstances that they directly control. So if there’s air traffic or a natural disaster or a weather delay, they aren’t obligated to compensate their passengers.

At best, that means you’ll have to haul your luggage into the main terminal and wait for the weather to clear while enjoying overpriced airport food. At worst, you could find yourself sleeping on the airport floor.

But there are workarounds. Sure, airlines have policies, but they don’t always follow them. When a carrier says a delay or cancellation is caused by circumstances beyond its control, you can still appeal to government regulations, empathy or its own customer-service guarantees to get it to do the right thing.

An airline may not tell you everything when it comes to your rights — including the fact that you are protected by government regulations when you fly. For example, on certain flights operating in Europe, a consumer protection rule called EU 261 applies. The rule requires airlines to compensate passengers for any delays not caused by circumstances beyond their control, no matter what their company policy. European courts have adopted a tight definition of what is and isn’t considered beyond an airline’s control, all of which mean that if your next flight in Europe is delayed, chances are the airline owes you.

Domestic carriers can often be held to the high standards implicit in their own promotional material. I’ve heard many accounts in which an airline wasn’t technically required to help a passenger, but was gently persuaded by a passenger who referred to an advertisement or to website language in which customer service was promised.

For example, American Airlines prominently advertises its mission to give passengers “the best travel experience possible” as befits “the greatest airline in the world.” While such words are not a contract, they can be enough on which to hang a successful claim, even when there’s no contractual basis for the complaint.

Often, you can appeal to an airline’s sense of decency. When Cessie Cerrato recently flew from Atlanta to San Jose, Costa Rica, her flight was delayed by what is commonly referred to as an “act of G-d” — in her case, a volcanic eruption. Delta Air Lines finally canceled the flight. At the end of the day, she found herself at the end of a line, waiting to be rebooked. She asked a representative to help, and the airline covered an overnight stay in Atlanta even though it wasn’t required to. When Cerrato mentioned that her luggage was already checked, an agent went above and beyond.

“They covered the cost of our clothes and toiletries,” Cerrato says.

Current and former airline employees have told me that’s generally how the system works. If they’re not required to provide meal vouchers or hotel accommodations, agents are instructed to not offer anything. If asked, they consider a variety of factors, including the length of the delay, personal circumstances (whether you’re traveling with young children or have a disability or a medical condition) and your airline elite status. Connections are also a factor. If you’re flying back to the United States and connecting through a hub, and there’s a weather delay, an airline will probably cover your overnight accommodations.

Put differently, a legacy carrier would be reluctant to let an elite-level frequent flyer in a wheelchair traveling in business class with a baby, whose connection from Europe is delayed in New York, sleep on the airport floor. But an able-bodied non-elite passenger making a connection in, say, Salt Lake City might end up roughing it on the floor in a snow delay. Flying as a nonrevenue passenger or using an award ticket might also affect your chances of getting compensation. Of course, it could depend on the agent, the time of day and the length of the delay. Compensation is more of an art than a science.

That’s what Ahmed Bhuiyan discovered when he checked his new MacBook on a Delta Air Lines flight from Seattle to New York. When the bag arrived on the conveyor belt at John F. Kennedy International Airport, the computer was gone. Delta, like most other domestic airlines, doesn’t cover electronics checked in luggage.

Bhuiyan, who is the director of business development for Seattle-based Utrip, filed a claim with his credit-card company, which covers some luggage theft. He was turned down. “They more or less told me it was my fault for losing the laptop,” he says. But Delta covered his claim even though it wasn’t technically required to do so. The reason: Bhuiyan was an upper-level elite passenger, the kind the airline would be reluctant to disappoint. The airline cut him a check for $1,100 — the full value of his computer.

The bottom line: If an airline doesn’t do the right thing, there are ways to gently nudge it. With a little patience, politeness and persistence, you can both arrive at the same destination.