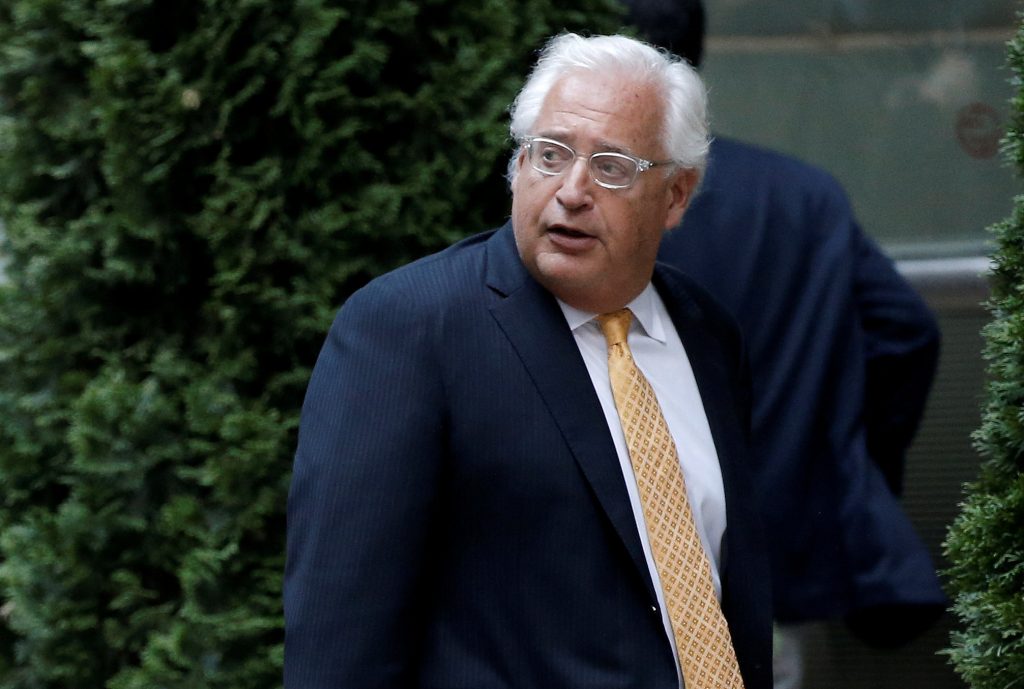 Five former U.S. ambassadors to Israel said Wednesday that the man President Donald Trump has selected for the post is unqualified and are urging senators to carefully consider his nomination.

In a letter sent to members of the Foreign Relations Committee, the former diplomats said David Friedman has staked out “extreme, radical positions” and has derided the two-state solution as an “illusory” fix for a non-existent problem.

“We believe the committee should satisfy itself that Mr. Friedman has the balance and the temperament required to represent the United States as ambassador to Israel,” they wrote.

The committee is scheduled to meet Thursday for Mr. Friedman’s confirmation hearing.

Trump, during a White House news conference with Israeli Prime Minister Binyamin Netanyahu, was evasive about endorsing a two-state solution with the Palestinians. That would create an independent Palestinian state alongside Israel and has been the international community’s preferred solution for nearly two decades.

The ambassadors, who served Republican and Democratic presidents, say Friedman accused President Barack Obama and the entire State Department of anti-Semitism. They say he’s also characterized supporters of J Street, a liberal Jewish group, as “kapos,” the Jews who cooperated with Nazis during the Holocaust.

The State Department did not immediately respond to requests for comment on the letter from the former ambassadors.

The son of an Orthodox rabbi, Friedman is a fervent supporter of Israeli settlements, an opponent of Palestinian statehood and staunch defender of Israel’s government.

The former envoys wrote that Friedman has said he does not believe it would be illegal for Israel to annex Yehudah and Shomron and has been active in supporting the settler movement. They said the committee should address the question of whether Friedman, if confirmed, would defend the established U.S. position that annexation of territory in Yehudah and Shomron, without an international resolution, would be “counterproductive and a violation of international law.”

“The American ambassador must be dedicated to advancing our country’s longstanding bipartisan goals in the region: strengthening the security of the United States and our ally Israel, and advancing the prospects for peace between Israel and its neighbors, in particular the Palestinians,” the former ambassadors wrote. “If Israel is to carry on as a democratic, Jewish nation, respected internationally, we see no alternative to a two-state solution.”