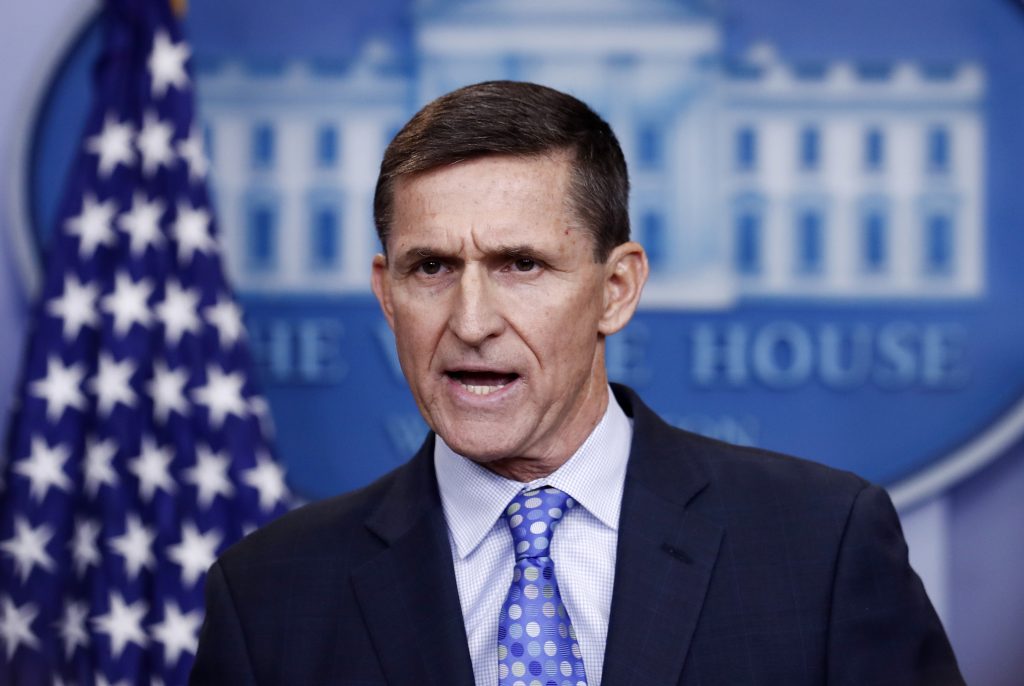 His administration dealt a significant blow after not even a month in office, President Donald Trump must now fill a vital national security post after the resignation of embattled National Security Adviser Michael Flynn.

Flynn stepped down late Monday, ending days of speculation about his fate following reports that he had misled Vice President Mike Pence and other officials about his contacts with Russia.

Flynn conceded that discussions of sanctions may have come up during several calls with the Russian ambassador during the transition period leading up to President Trump’s Jan. 20 inauguration.

He acknowledged that he gave “incomplete information” about those discussions to Pence who, apparently relying on information from the national security adviser, initially said Flynn had not discussed sanctions with the Russian envoy

President Trump named retired Lt. Gen. Keith Kellogg as the acting national security adviser, and a senior administration official said he was one of three candidates the president was considering to replace Flynn on a permanent basis.

Whoever emerges as President Trump’s choice will take the helm of the National Security Council at a time when the young administration is grappling with a series of national security challenges, including North Korea’s reported ballistic missile launch. The president, who was joined at his Mar-a-Lago estate by Japanese Prime Minister Shinzo Abe over the weekend, voiced solidarity with Japan.

Here’s a look at the top named contenders for the post, which does not require Senate confirmation:

Kellogg had previously been appointed the National Security Council chief of staff and, along with Flynn, advised President Trump on national security and foreign policy issues during the campaign. He had been considered for national security adviser before the post went to Flynn.

Kellogg was chief operating officer of the Coalition Provisional Authority in Iraq, the interim governing body following the fall of Saddam Hussein in 2003. He previously worked as executive vice president of research and technology for Virginia-based information technology firm CACI International, which works as a contractor for defense, intelligence and homeland security agencies.

The most audacious choice would likely be former CIA director David Petraeus. Petraeus, a retired four-star general, was bounced from his position atop the intelligence agency in 2012 after he it was revealed that he passed on classified information to his biographer.

But President Trump during the campaign spoke sympathetically about Petraeus’ plight despite his frequent criticisms of his Democratic opponent Hillary Clinton for mishandling classified materials. Petraeus was briefly under consideration to become secretary of state before Trump picked Exxon CEO Rex Tillerson.

Robert Harward, a Navy Seal, served as deputy commander of the United States Central Command when it was under the command of General James Mattis, who is now secretary of defense. He served on the National Security Council for President George W. Bush and commissioned the National Counterterrorism Center.

Upon retirement in 2013 after a nearly 40-year career in the Navy, Harward took a post as a chief executive officer for defense and aerospace giant Lockheed Martin in the United Arab Emirates. President Trump has recently been in very public negotiations with Lockheed over the cost of its F-35 fighter jet program.