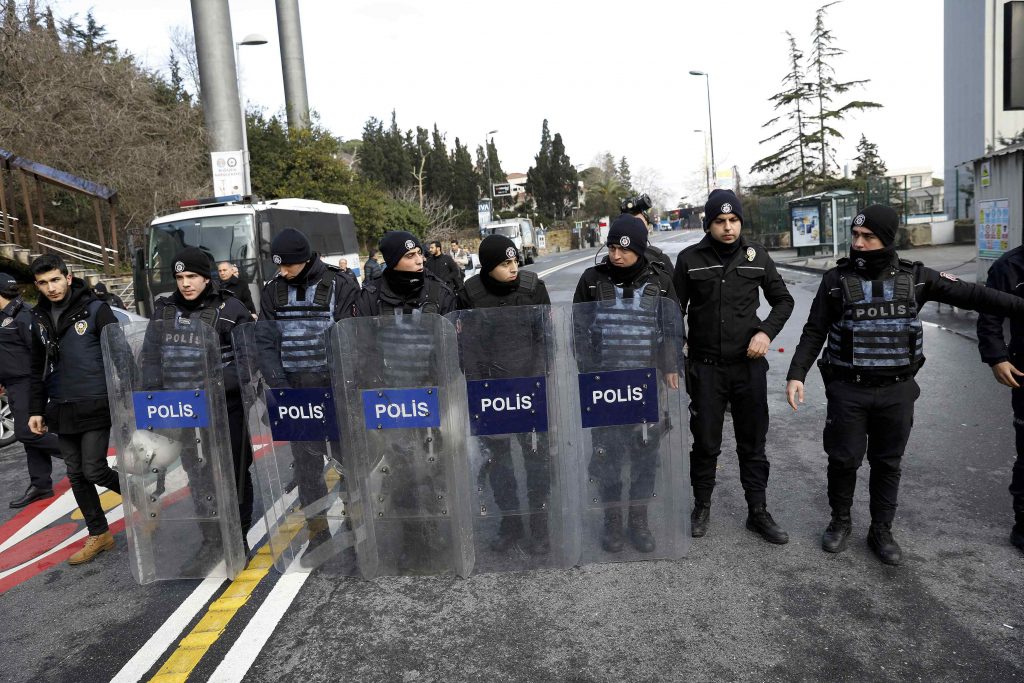 Turkish police have detained more than 600 people over alleged links to Kurdish terrorists in the past two days, state media said on Tuesday, a crackdown the pro-Kurdish parliamentary party said was aimed at sidelining it ahead of an April referendum.

Turks will vote on April 16 on replacing the parliamentary system with the stronger presidency sought by President Tayyip Erdogan. The referendum will be held under a state of emergency, imposed after an attempted coup last July.

Tens of thousands of people have been arrested since the abortive coup over suspected ties to Fethullah Gulen, the U.S.-based Muslim cleric accused by Ankara of organizing the putsch. Separately, 5,000 members of the pro-Kurdish Peoples’ Democratic Party (HDP) have been held, the party says.

“The basic goal of these operations … is to hold the referendum without the HDP,” a statement from the HDP’s executive committee said. Its statement, released before Tuesday’s arrests, said more than 300 of its members and executives had been detained on Monday, bringing those held this year to around 1,200. A dozen of its lawmakers and tens of Kurdish mayors from a sister party have been jailed pending trial.

The government accuses the HDP, parliament’s second biggest opposition party, of being a political extension of the PKK. The HDP denies direct links with the PKK and says it wants a peaceful settlement in Turkey’s largely Kurdish southeast.

The PKK, designated a terrorist group by Turkey, the European Union and the United States, launched an armed insurgency against the Turkish state in 1984 and more than 40,000 people have been killed in the conflict. A ceasefire between the PKK and the state broke down in July 2015 and thousands have been killed in conflict since then.

“We will never bow down faced with this persecution and pressure,” the HDP said. “What they are trying to prevent with the detentions and arrests is a ‘no’ (vote in the referendum).”

Ahead of the official launch of referendum campaigning this week, Erdogan has called for Turks to vote ‘yes’ to the reform by saying that the PKK oppose it and that a ‘no’ vote means taking sides with those behind last year’s putsch.