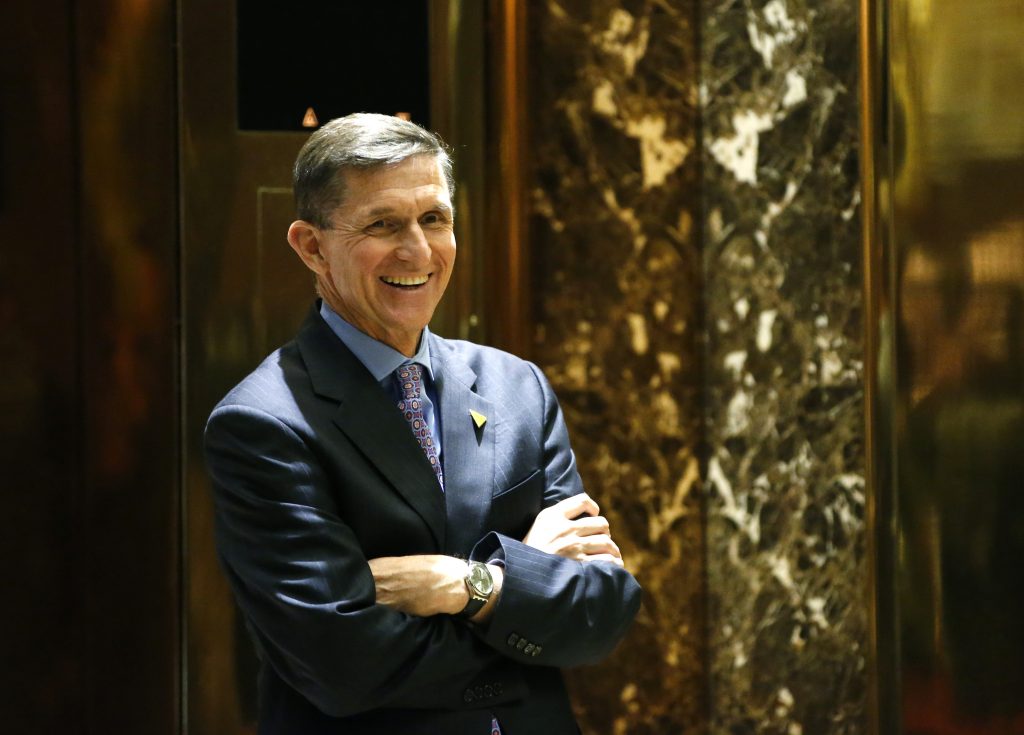 Michael Flynn resigned Monday night, conceding that he gave “incomplete information” about his calls with Russia’s ambassador to the U.S.

A U.S. official told The Associated Press that Flynn was in frequent contact with Ambassador Sergey Kislyak on the day the Obama administration imposed sanctions on Russia after U.S. intelligence reported that Russia had interfered with the U.S. elections. The Kremlin has confirmed that Flynn has been in contact with Kislyak but denied that they talked about lifting sanctions.

Konstantin Kosachev, chairman of the foreign affairs committee in the upper chamber of the Russian parliament, said in a post on social media that firing a national security adviser for his contacts with Russia is “not just paranoia but something even worse.”

“Either Trump hasn’t found the necessary independence and he’s been driven into a corner … or Russophobia has permeated the new administration from top to bottom.”

Kosachev’s counterpart in the lower chamber of the Russian parliament, Alexei Pushkov, tweeted shortly after the announcement that “it was not Flynn who was targeted but relations with Russia.”

President Vladimir Putin’s spokesman, Dmitry Peskov, refused to comment on Flynn’s resignation, saying that “it’s none of our business.” Asked if Moscow still hopes that relations with the U.S. are going to improve, he said it is “too early to say” since “Trump’s team has not been shaped yet.”

The Kremlin earlier said that it was not expecting a breakthrough before the two presidents meet in person.

Fyodor Lukyanov, chair of the Council for Foreign and Defense Policies, a group of Russian foreign policy experts, told the RIA Novosti news agency that it is not yet clear whether Flynn’s departure could influence bilateral ties.

“There’s nothing to influence yet, there are no relations as such. Our countries have relations shaped by the former administration which were awful, and Trump was going to change that,” he said. “But who he is going to change it with — Flynn, or not him, [Secretary of State Rex] Tillerson — it is not clear right now.”