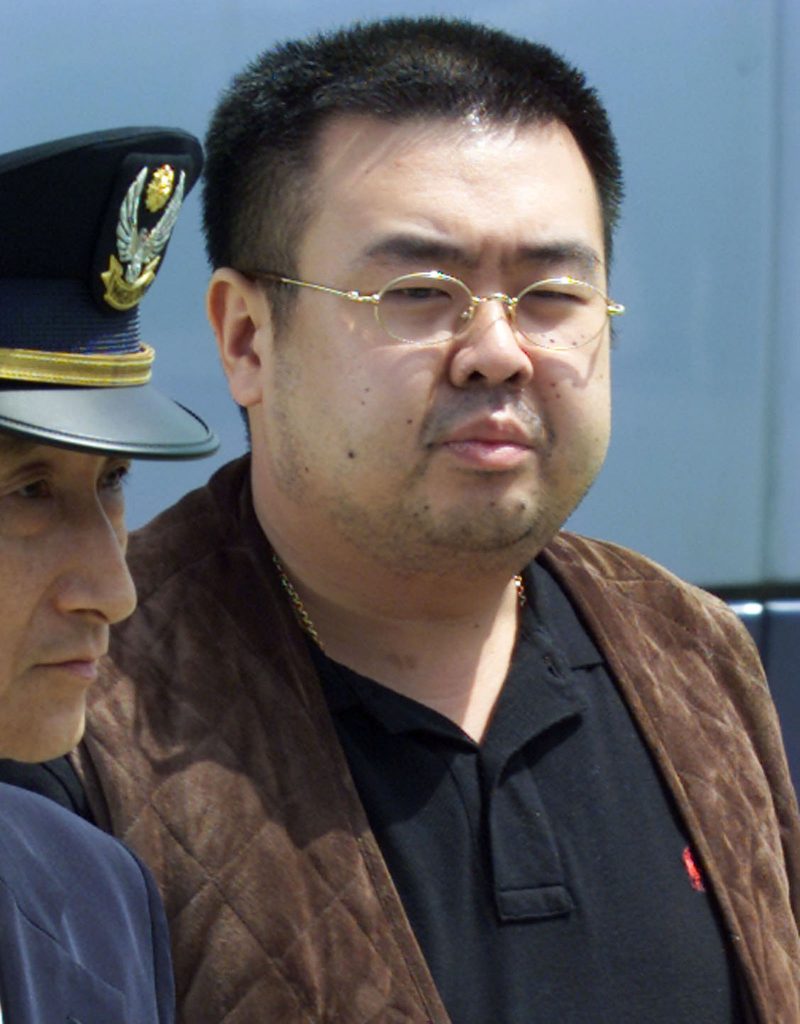 The estranged half-brother of North Korean leader Kim Jong Un has been murdered in Malaysia, a South Korean government source said on Tuesday.

Kim Jong Nam, the older half-brother of the North Korean leader, was known to spend a significant amount of his time outside the country and had spoken out publicly against his family’s dynastic control of the isolated state.

He was confirmed dead by Malaysian police, and was believed to be in his mid-40s.

Police official Fadzil Ahmat said that the cause of Kim’s death had not been determined yet, but that a post mortem would be carried out on the body.

“So far there are no suspects, but we have started investigations and are looking at a few possibilities to get leads,” Fadzil told Reuters.

According to Fadzil, Kim had been planning to travel to Macau on Monday when he fell ill at the low-cost terminal of Kuala Lumpur International Airport.

“The deceased … felt like someone grabbed or held his face from behind,” Fadzil said. “He felt dizzy, so he asked for help at the … counter of KLIA.”

Kim was taken to an airport clinic where he still felt unwell, and it was decided to take him to a hospital. He died in the ambulance on the way to Putrajaya Hospital, Fadzil added.

South Korea’s Chosun network reported that Kim had been poisoned with a needle by two women believed to be North Korean operatives who fled in a taxi and were at large, citing multiple South Korean government sources.

Reuters could not confirm those details. The South Korean government source who spoke to Reuters did not immediately provide further details.

South Korea’s foreign ministry said it could not confirm the reports, and the country’s intelligence agency could not immediately be reached for comment.

“We don’t know if there was a cloth or needles; the receptionist said someone grabbed his face, he felt dizzy,” police official Fadzil said, when asked about the nature of the reported attack.

Malaysia is one of a dwindling number of countries that has close relations with North Korea, which is under tightening global sanctions over its nuclear tests and ballistic missile launches, the latest of which took place on Sunday.

Malaysians and North Koreans can visit each other’s country without visas.

A phone call to the North Korean embassy in Kuala Lumpur late on Tuesday went straight to answering machine.

Kim Jong Nam and Kim Jong Un are both sons of former North Korean leader Kim Jong Il, who died in late 2011, but they had different mothers. Kim Jong Nam did not attend his father’s funeral.

The portly and easygoing Kim Jong Nam was believed to be close to his uncle, Jang Song Thaek, who was North Korea’s second most powerful man before being executed on Kim Jong Un’s orders in 2013.

In an embarrassing 2001 incident, Kim Jong Nam was caught at an airport in Japan traveling on a forged Dominican Republic passport, saying he had wanted to visit Tokyo Disneyland. He was known to travel to Hong Kong, Macau and mainland China.

Koh Yu-hwan, a professor at Dongguk University in Seoul, said that Kim Jong Nam had occasionally been the subject of speculation that he could replace his younger half-brother, the country’s third-generation leader. “Loyalists may have wanted to get rid of him,” he said.

Kim Jong Nam said several times over the years that he had no interest in leading his country.

“Personally I am against third-generation succession,” he told Japan’s Asahi channel in 2010. “I hope my younger brother will do his best for the sake of North Koreans’ prosperous lives.”

His cousin, Lee Han-young, who defected to South Korea through Switzerland in 1982, was shot and killed by North Korean agents in Seoul in 1997, according to South Korea.