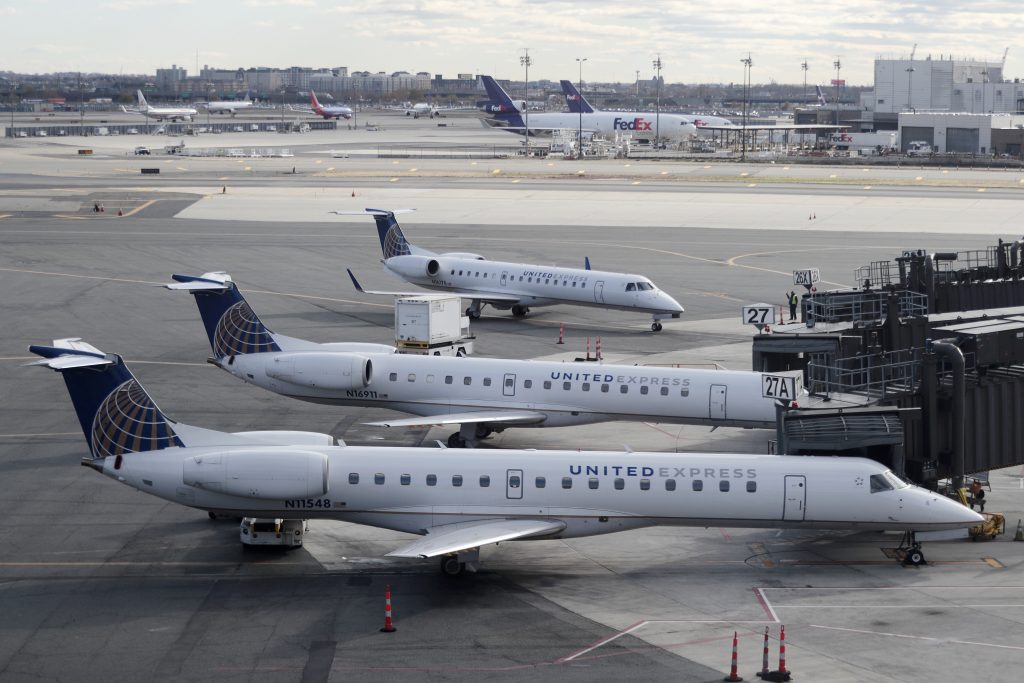 Pursuant to a report in the December 21 edition of Hamodia about complaints of rough treatment and profiling of Orthodox travelers at the hands of customs officials at Newark airport, a delegation of community advocates and El Al officials met last Wednesday with Port Director Adele Fasano and her staff to discuss the complaints. Those who attended the meeting felt that their concerns had been taken seriously and that the matter would be addressed.

Assemblyman Dov Hikind, who was instrumental in organizing the meeting after he received many complaints from constituents, was cautiously optimistic that the situation would be dealt with properly.

“She [Mrs. Fasano] said that she needed more information on incidents that have occurred, but said that she was ready to take action and even get rid of [problematic] staff if necessary. Now we have to wait and see what actually happens,” he told Hamodia.

Hamodia had spoken to many travelers from Newark to Tel Aviv who flew with El Al who related that just before boarding flights, they were approached by Customs and Border Patrol (CBP) officers and questioned in an accusatory manner, taken into an interrogation room, and subjected to rigorous questioning and invasive searches for undeclared currency.

Rabbi Berish Freilich, longtime askan and community police liaison, who was also in attendance, told Hamodia that he had received “loads” of complaints in recent months of mistreatment, including ordering passengers to place their belongings on the floor and making elderly people stand for long periods of time during questioning.

A spokesman for CBP told Hamodia that his organization “takes allegations of employee misconduct very seriously.”

“Allegations of unprofessional conduct … are recorded and investigated, and disciplinary action is taken against CBP officers who are found to have violated policy,” he said.

Gregory Pollack, Newark Station Manager for El Al, who attended the meeting, told Hamodia that over the past three months many flights have been delayed by complications from currency interrogations, but that since the meeting, incidents have greatly decreased.

“Since the meeting, it’s quieted down quite a bit; they have been doing much fewer checks,” he said.

All of those interviewed in Hamodia’s December article on the topic claimed that the people chosen for these intensive investigations were exclusively people dressed in a manner that made them easily identifiable as Orthodox Jews, raising suspicions of profiling.

Yet, those involved in last week’s meeting each felt that the incidents had been part of a general crackdown, not targeted at Orthodox Jews or any other group.

“El Al is the only [airline] with flights at some times of the day and we have a lot of Orthodox travelers so it might look like they are being targeted, but I have heard about the same issues happening on Lufthansa, Swiss, Austrian Airlines [with non-Jewish passengers],” said Mr. Pollack.

Rabbi Freilich concurred that accusations of profiling are “not true.”

Assemblyman Hikind is presently recording incidents of individuals who felt they have been mistreated by CBP staff, in order to present the report to Mrs. Fasano for her review.

While there is no limit on how much money can be taken out of the country, those carrying $10,000 in cash or “negotiable monetary instruments” (checks, promissory notes, and the like) must declare the money. According to CBP, passengers are given multiple opportunities to correct reported amounts. CBP also stressed that all parties “traveling together” must declare together.