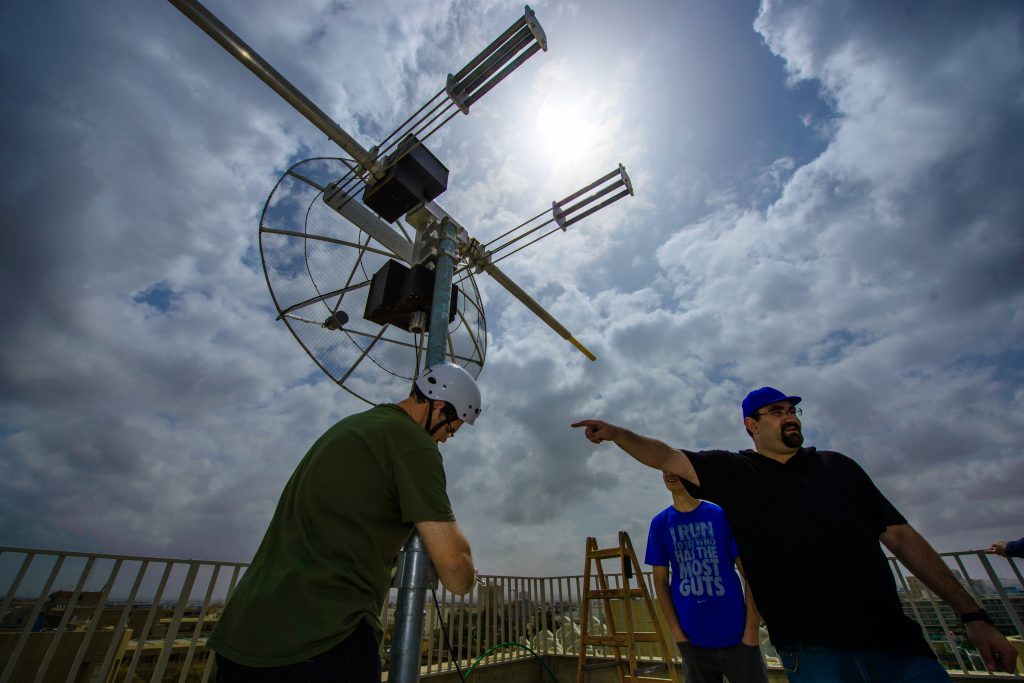 BGUSAT, Israeli academia’s first nanosatellite, is ready for its launching into space on Wednesday, to conduct Ben-Gurion University of the Negev scientific missions.

It’s the result of a five-year joint project between BGU, Israel Aerospace Industries and the Ministry of Science, Technology and Space. The satellite, only slightly larger than a milk carton, and weighing just 11 pounds, is outfitted with innovative new cameras that can detect climate phenomena and a guidance system that lets the operators choose the areas to shoot and research through a dedicated ground station at BGU.

It is the first time any Israeli university will have access to data from an Israeli nanosatellite for research purposes. Its unique orbital path close to Earth’s atmosphere will facilitate the study of phenomena such as the Earth airglow layer. BGUSAT’s cameras will allow researchers to position the satellite to take a variety of pictures from different angles in each orbit if so desired, rather than having to maintain a single shooting angle every orbit.

A nanosatellite is an intriguing new tool for academic scientific research. Prof. Dan Blumberg, BGU’s VP and Dean for R&D, said, “Nanosatellites enable space engineering and space research at costs that are affordable for academia. The reduced costs allow academia to assume a much more active role in the field, taking advantage of the innovation and initiative of researchers and students.”

Since large satellites are so expensive, not many risks can be taken that might jeopardize their mission. Nanosatellites, since they are much cheaper, offer a larger arena for space innovation.

Following the satellite’s launch, the Israel Space Agency has allocated an additional 1 million shekels to fund future research based on the data to be received from the satellite and sent out a call for proposals. BGU and TAU have already submitted a joint proposal to study Earth’s airglow layer.

BGUSAT will be sent up on the PSLV launcher from the Satish Dhawan launching pad in India along with 103 other nanosatellites.