World Montenegro to Russia: ‘Keep Your Hands Off’ Our NATO Bid
World 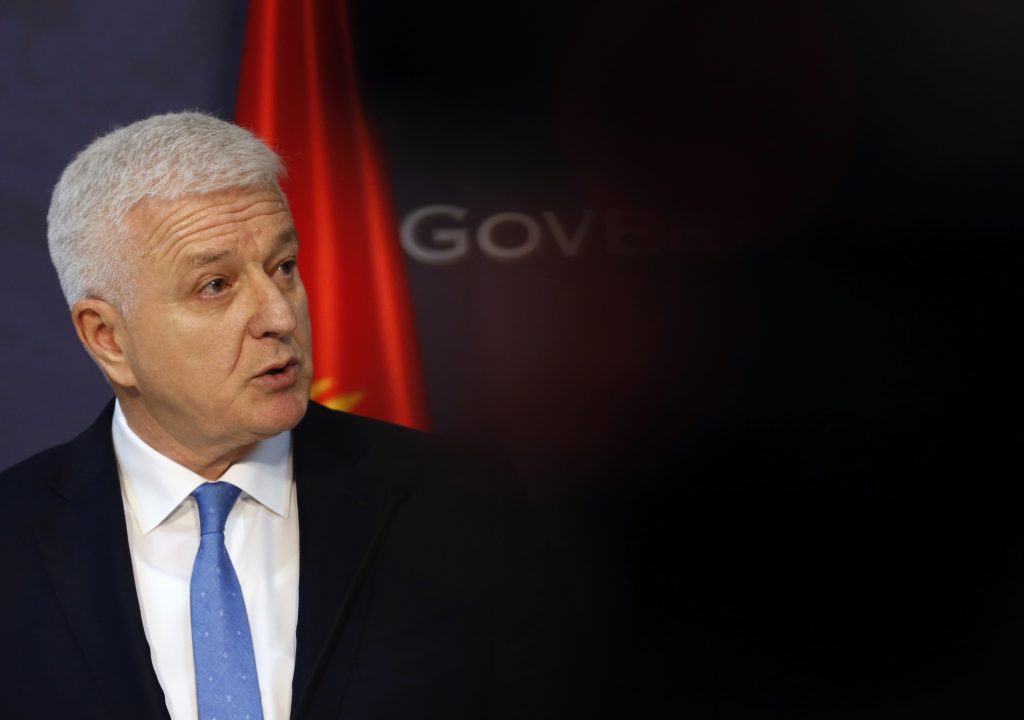 Montenegro’s prime minister told Russia and its allies in the tiny Balkan state on Tuesday to stop destabilizing the county while opposing its NATO bid.

Prime Minister Dusko Markovic said that those warnings of unrest “in Montenegro or outside of it should keep their hands off Montenegro.”

Markovic spoke after opposition pro-Russian parties denounced a call by Montenegro’s special prosecutor urging the national assembly to lift the immunity of two senior opposition leaders allegedly involved in a pro-Russian plot to overthrow the government over its NATO bid.

The public prosecutor wants immunity removed so that Andrija Mandic and Milan Knezevic could be detained and eventually put on trial for criminal conspiracy and inciting “acts against constitutional order and security of Montenegro.”

The parliament votes on the immunity Wednesday. Some opposition groups plan to stage street protests in front of the assembly in the capital, Podgorica.

Some 20 people — including two Russian citizens — have been suspected of participating in the October plot that allegedly included plans to kill a then-prime minister and take over power to prevent Montenegro from joining NATO.

Mandic, who made several recent visits to Moscow where he received support from the Kremlin for his anti-NATO stands, said that Montenegro’s leaders are playing with fire by threatening arrests. He warned of a civil war in the state of 620,000 people which is deeply divided between those who want to join NATO and other Western institutions and those who seek close ties with traditional Slavic ally Russia.

“For them, there is no law and order,” Markovic said, referring to the opposition. “The messages we heard are irresponsible.”

The Kremlin, opposed to further NATO expansion in Europe, has denied involvement in the alleged coup plot. But, it has actively supported groups opposed to Montenegro’s NATO membership.

U.S. President Donald Trump’s stand toward NATO, which he has described as an “obsolete” organization, and his warming of relations with Russian President Vladimir Putin has worried many in Montenegro and the rest of the war-torn Balkans.