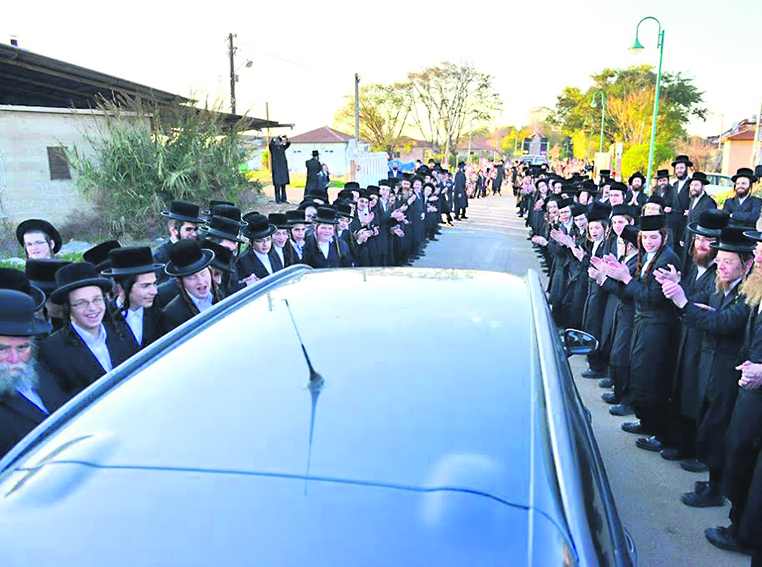 Moshav Komemius celebrated the arrival of its Rav, Harav Moshe Mendelsohn, shlita, who has now moved to the community after five years of leading the moshav from his Yerushalayim home.

Due to previous commitments, the Rav, successor to his father, Harav Mendel Mendelsohn, zt”l, lived in Yerushalayim and would come several times a week to Komemius, as well as spend Shabbosos and Yamim Tovim on the moshav.

But now the Rav has moved to Komemius, and the whole community – men, women and children – lined the moshav’s streets to welcome him in a festive manner. When the Rav’s car entered the moshav, the whole community burst out in song, accompanied by music and dancing. At the head of the procession were the children, waving flags and holding fiery torches.

After Minchah in the central beis medrash, the kehillah filed past the Rav wishing him success in his Rabbanus.