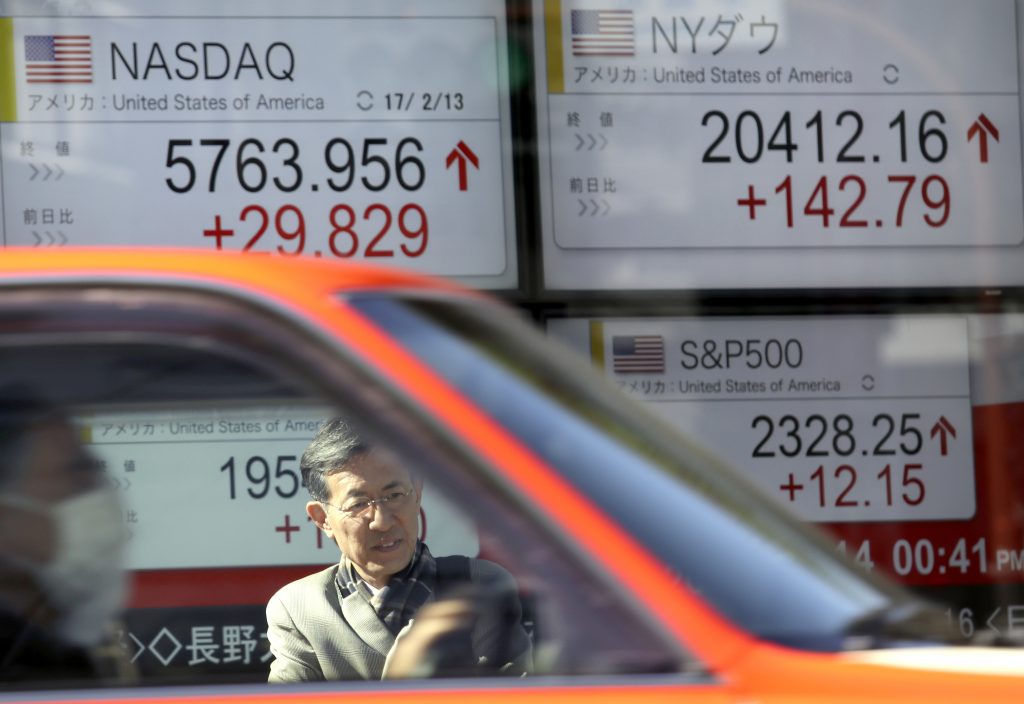 Shares in Europe and Asia were mostly lower in jittery trading on Tuesday ahead of comments to the U.S. Congress by Federal Reserve Chair Janet Yellen.

Strong corporate earnings and expectations for business-friendly policies from Washington have propelled markets higher. But that momentum wavered as worries over possible moves on trade and currency by President Donald Trump’s administration resurfaced. Investors also were awaiting testimony on Capitol Hill Tuesday and Wednesday by Yellen, who will update the Senate and House on monetary policy. Most investors expect the central bank to keep raising interest rates in 2017, though at a modest pace.

“A growing number of investors are worried that potential trade wars with Mexico and China could lead to tariffs and higher prices,” David Woo of Bank of America Merrill Lynch said in a research note. “With many investors having loaded up on Trump trades after the elections, their willingness to continue to give the benefit of doubt to the new administration appears to be wearing thin.”

The consumer price index rose to a three-year high of 2.5 percent last month, pushed up by seasonal increases in demand for food and transport during the lunar new year holidays. Producer prices paid by manufacturers also rose, to 6.9 percent in January due to higher oil prices and a low base the year before. “However, we do not think the economy is solid enough to counter any broad tightening and policy makers should be careful in directing market expectations,” Betty Wang of ANZ Research said in a commentary.