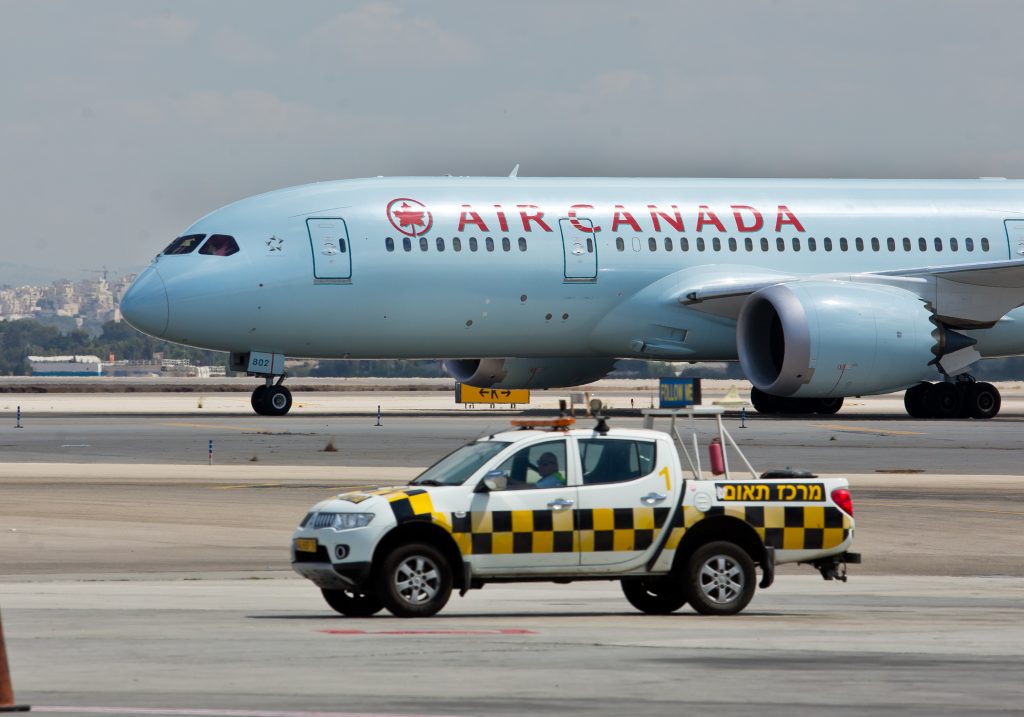 Several foreign airlines are poised to enter or expand their operations in the Israeli market, including Air Canada, Japan Airlines, Air India and Qantas, Globes reported on Tuesday.

Air Canada said it will add twice-weekly direct flights from Tel Aviv to Montreal from June until October, along with more departures on its Tel Aviv-Toronto route, to seven weekly flights.

Eager to get into the Israeli skies, Japan Airlines received approval for a Tel Aviv-Tokyo route; Air India has been looking into direct flights to Israel; and Australian airline Qantas, probably via stopover in Europe.

The Spanish Carrier Air Europa has announced it will up its four flights Tel Aviv-Madrid to five, starting in April. The company’s Israeli business has been on the upswing, with a 60 percent rise in demand from Israeli travelers going to Spain and South American destinations. Air Europa has bought 22 Dreamliners, to be phased in gradually, some on the Israeli routes.