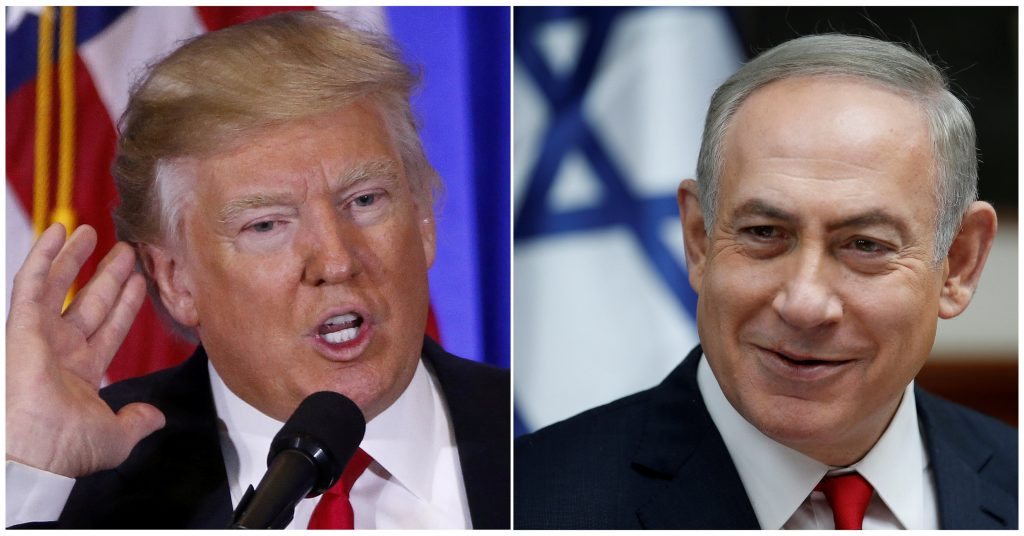 On Wednesday it happens.

The summit meeting between President Donald Trump and Israeli Prime Minister Binyamin Netanyahu, anticipated ever since the U.S. election, takes place against a tense background, as the Israeli delegation in Washington makes last-minute preparations.

Netanyahu said during internal discussions that he hopes Trump will not bring up the issue of the two-state solution, and that any statements would only mention the desire for a solution to the regional conflict without detailing what that solution might be exactly.

Netanyahu is prepared to tell his American host that Israel is willing to enter into direct talks with the Palestinians, anytime, anywhere – but without preconditions. And it must be understood that whatever the final contours of an agreement, it will include explicit recognition of Israel as a state of the Jewish people.

Michael Flynn, the U.S. National Security Advisor, was set to be at Trump’s side for the meeting. Flynn invested many hours in recent weeks working with Israeli officials to lay the groundwork for a bilateral restart. On Tuesday morning, he met with his counterpart Yaakov Nagel and Mossad director Yossi Cohen to finalize the agenda for the Wednesday meeting.

And then, without any prior warning, Flynn notified the president that he had decided to resign, after admitting that he had discussed the issue of sanctions with Russian officials without prior authorization to do so, failing to disclose the matter fully to Trump or his aides.

As a result, the crucial meeting will be held in a storm-tossed White House, as all are asking how the Flynn resignation will affect the Trump-Netanyahu summit, and what will be the outcome.

Flynn has seen eye-to-eye with the Israelis, particularly as concerns the Iranian threat, both in terms of its nuclear program and its support for terrorist activities in the Mideast.

As such, his absence will be sorely felt.

The crisis surrounding Flynn has completely dominated the news in America, completely obscuring the Israeli visit, pushing it to the inside pages of the newspapers, if it was covered at all.

In recent days, Flynn had been harshly critical of Iran, saying that its ballistic missile tests are a violation of agreements made with it, and that Iran would have to pay a price.

The one consolation is that the acting National Security Advisor, and quite possibly the permanent one, Gen. (Ret.) Keith Kellog, is familiar with the Mideast and the challenges Israel faces, and has made statements similar to those of Flynn about Iran being a terror state. Kellog said recently that Iran poses the greatest danger to peace in the region and the world, and that “the sooner this plague is eliminated, the better.”

There is no doubt that the talks will take place in a friendly atmosphere. But Netanyahu will want to take home a clearer sense of whether the new American president really intends to fulfill even some of the promises he made during the campaign; or whether, once having seated himself in the White House, he has quickly come to see things differently from the way he saw them from his office in the Trump Tower in New York.

All this we hope to know in the coming hours.

And, unlike the way that Netanyahu’s meetings at the White House in recent years were concluded behind closed doors, this time he and President Trump plan to talk openly with the press about their conversations. This, too, signals a change for the better in the bilateral relationship.