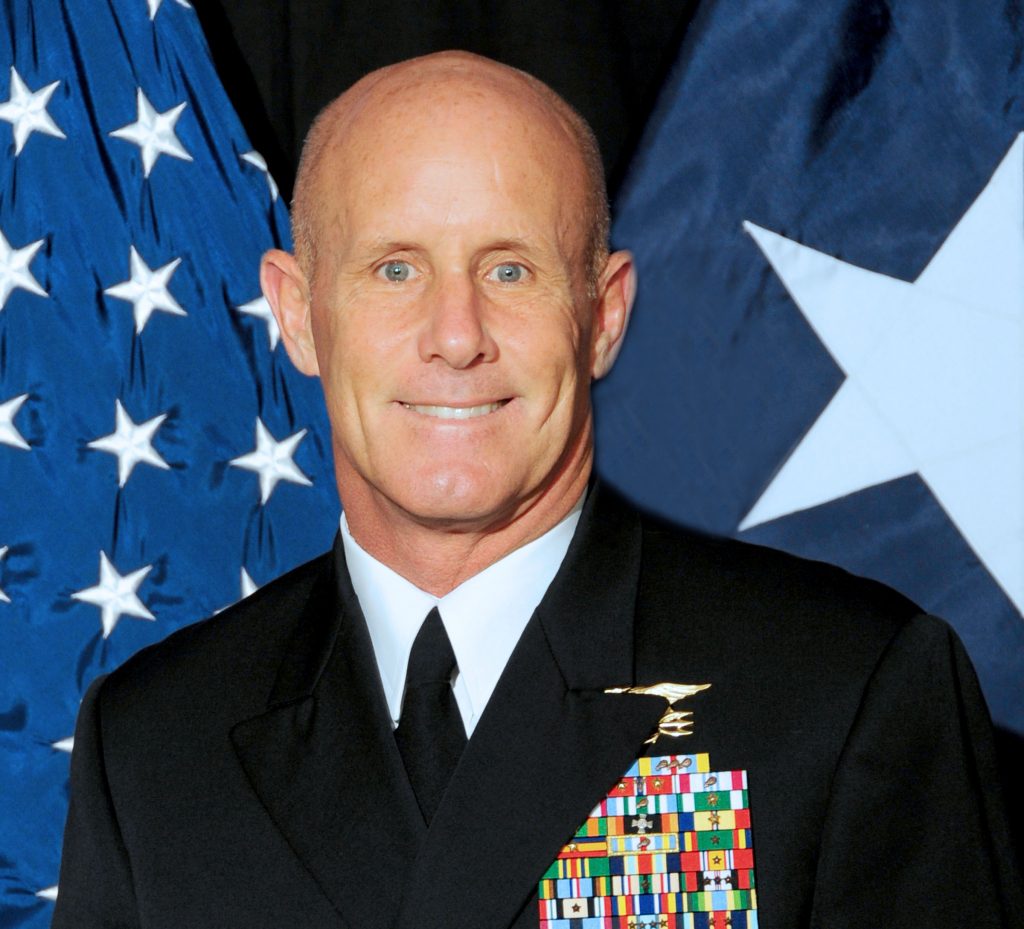 A senior naval officer who served under President Donald Trump’s Defense Secretary James Mattis is the leading candidate to replace Michael Flynn after the national security adviser resigned under pressure over his conversations with a Russian diplomat, two U.S. officials said on Tuesday.

Vice Admiral Robert Harward, who was deputy commander of U.S. Central Command under Mattis, will likely replace Flynn, the officials said, speaking on condition of anonymity as the White House scrambled to contain the fallout from the abrupt departure of one of the president’s top advisers.

Flynn resigned late on Monday after revelations that he had discussed U.S. sanctions on Russia with the Russian ambassador to the United States before President Trump took office, in a potentially illegal action, and had later misled Vice President Mike Pence about the conversations.

Flynn’s departure followed days of speculation that he might be forced out.

The retired Army general and former U.S. intelligence official quit the post hours after a report that the Justice Department had warned the White House weeks ago that he could be vulnerable to blackmail over his conversations with Russian Ambassador Sergei Kislyak before President Trump took office on Jan. 20.

Flynn, an early and enthusiastic supporter of President Trump, was a strong advocate of a softer line toward Russian President Vladimir Putin and his departure from the key post could hinder Trump’s efforts to warm up relations with Moscow.

President Barack Obama added sanctions on Moscow in December, weeks before leaving office, in response to what his administration charged were Moscow’s efforts to try to influence the 2016 presidential election in President Trump’s favor.

Senator John McCain, a leading Republican voice on foreign relations, said Flynn’s resignation raised questions about President Trump’s intentions toward Russia, “including statements by the president suggesting moral equivalence between the United States and Russia despite its invasion of Ukraine, annexation of Crimea, threats to our NATO allies, and attempted interference in American elections.”

The scramble to replace Flynn began on Monday evening and continued with phone calls and meetings into the early hours of Tuesday in an effort to enable President Trump to make a decision and put the matter behind him as soon as possible, said an official involved in the effort.

Also under consideration was retired General David Petraeus, a former CIA director whose reputation was tainted by a scandal over mishandling classified information with his biographer.

Harward, a Rhode Island native who went to school in Tehran before the Shah was toppled in 1979, did a tour on the National Security Council under President George W. Bush working on counterterrorism. He has experience on SEAL teams and served in Iraq and Afghanistan.

“If the president goes in his direction, there would be very little opposition,” said the official. “He’s very highly regarded, and doesn’t have the baggage that Petraeus has.”

Congressional Democrats expressed alarm at the developments surrounding Flynn and called for a classified briefing by administration officials to explain what had happened.

Representative Adam Schiff of California, the top Democrat on the House Permanent Select Committee on Intelligence, said Flynn’s departure did not end the questions over his contacts with the Russians.

“The Trump administration has yet to be forthcoming about who was aware of Flynn’s conversations with the ambassador and whether he was acting on the instructions of the president or any other officials, or with their knowledge,” Schiff said.

Flynn’s discussions with the Russian diplomat could potentially have been in violation of a law known as the Logan Act, banning private citizens from negotiating with foreign governments in relation to disputes or controversies with the United States.