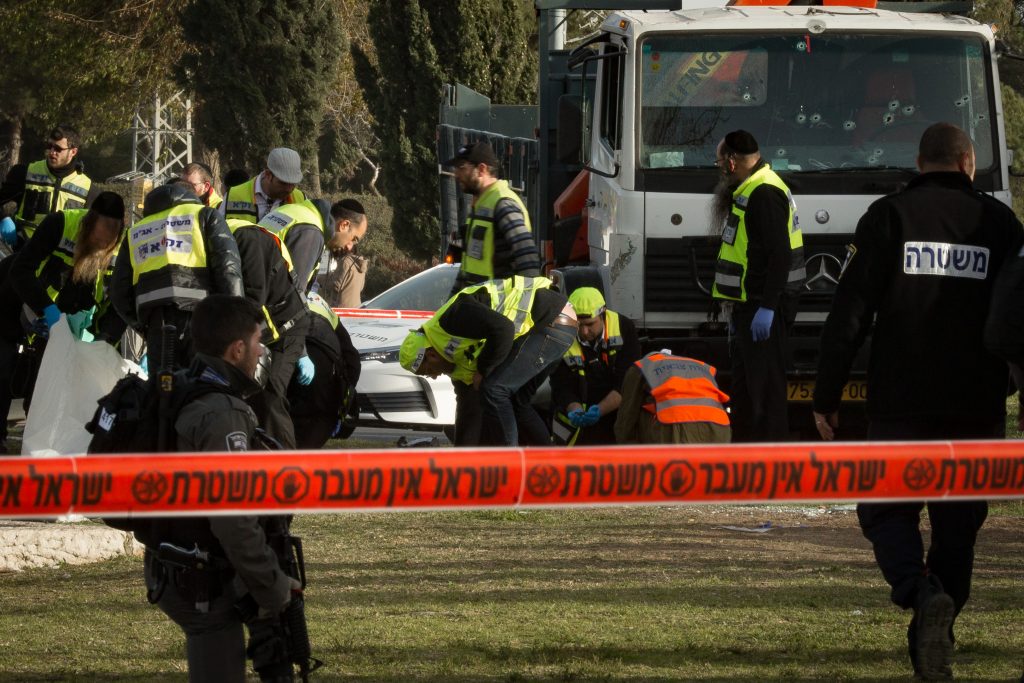 Police on Sunday night removed a blockade that had been placed at the entrance of the Jabel Mukaber neighborhood of Yerushalayim last month after a terror attack in Armon Hanatziv claimed four Israeli lives. Police had set up the blockade after the attack by Fadi al-Kanber, a 28-year-old Jabel Mukaber resident, who rammed through a crowd of IDF soldiers who were on an educational trip to Yerushalayim.

The blockade on the road between Jabel Mukaber and Armon Hanatziv was in place for over a month. Police said that it had served its purpose, and that they were continuing to monitor the security situation and to ensure law and order for Jerusalem residents. Al-Kanber drove out of Jabel Mukaber and rammed into a crowd of soldiers, killing four – Lieutenant Yael Yekutiel, Hy”d, (20) of Givatayim; Cadet Shir Hajaj, Hy”d, (22) of Maaleh Adumim; Cadet Shira Tzur, Hy”d, (20) from Haifa; and Cadet Erez Orbach, Hy”d, (20) from Alon Shvut.

In response to the attack, police built stone blockades along the sidewalk that borders the Armon Hanatziv scenic walk.

Overnight Sunday, security officials said they arrested 18 wanted security suspects across Yehudah and Shomron. The suspects were wanted for participating in rioting and throwing stones and firebombs that endangered Israeli civilians and IDF soldiers. Several of the suspects were also charged with belonging to Hamas. All were being questioned on their activities by security forces.