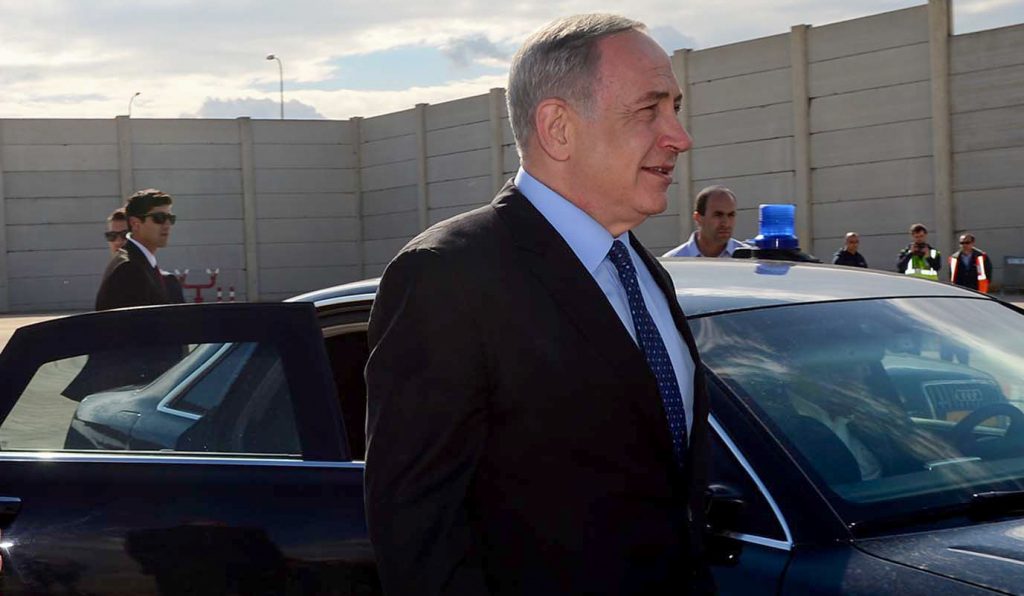 As he departed for the United States Monday, Prime Minister Binyamin Netanyahu said that he expected his meeting with President Donald Trump would be a positive one, and that in any event, he would keep Israel’s interests at the forefront of his discussions.

“The president and I see eye to eye on many of the threats facing Israel and the region, but also on the opportunities in the region. We will discuss both,” PM Netanyahu said. “Among other things, we will also discuss enhancing our alliance and expanding it to many other areas.”

The Cabinet met Sunday night to discuss the trip, and PM Netanyahu said that the discussions were positive. “I have had discussions with security officials, the Foreign Ministry, and of course the Cabinet, where the discussions were thorough and serious. At the end of the discussions I told my interlocutors that I planned to lead and navigate the historic alliance between Israel and the United States, for the good of the state of Israel and of all Israelis, and this is what I intend to do.”

Much of the discussion in the Cabinet Sunday night revolved around what, if anything, Netanyahu should say about implementing the two-state solution, and the consensus was clearly against it, government minister Gilad Erdan told Army Radio. “Every single minister in the Cabinet opposes a Palestinian state, especially the prime minister. I would be very happy if Netanyahu came away with a promise that after eight difficult years, Israel would be allowed to build without limitations.”

Speaking to Israel Radio, Minister Yisrael Katz said that Israel “needs to loudly say no to a Palestinian state, and yes to an expanded and united Yerushalayim, and to full sovereignty for Israel.” The new administration in Washington, he added, could help even the playing field for Israel on the international stage, with a staunch American ally standing by Israel in the face of European pressure for concessions.

Likely at the top of PM Netanyahu’s agenda will be what to do about Iran, government sources said. Weekend reports said that PM Netanyahu had several ideas he planned to share with President Trump, given the president’s apparent willingness to confront Tehran on its violations of the nuclear treaty signed with the Obama administration. Besides meeting with Trump, Netanyahu will meet with Vice President Mike Pence, Secretary of State Rex Tillerson, Republican Chairman of the House Paul Ryan, Senate Democratic Party head Chuck Schumer, and other political leaders.