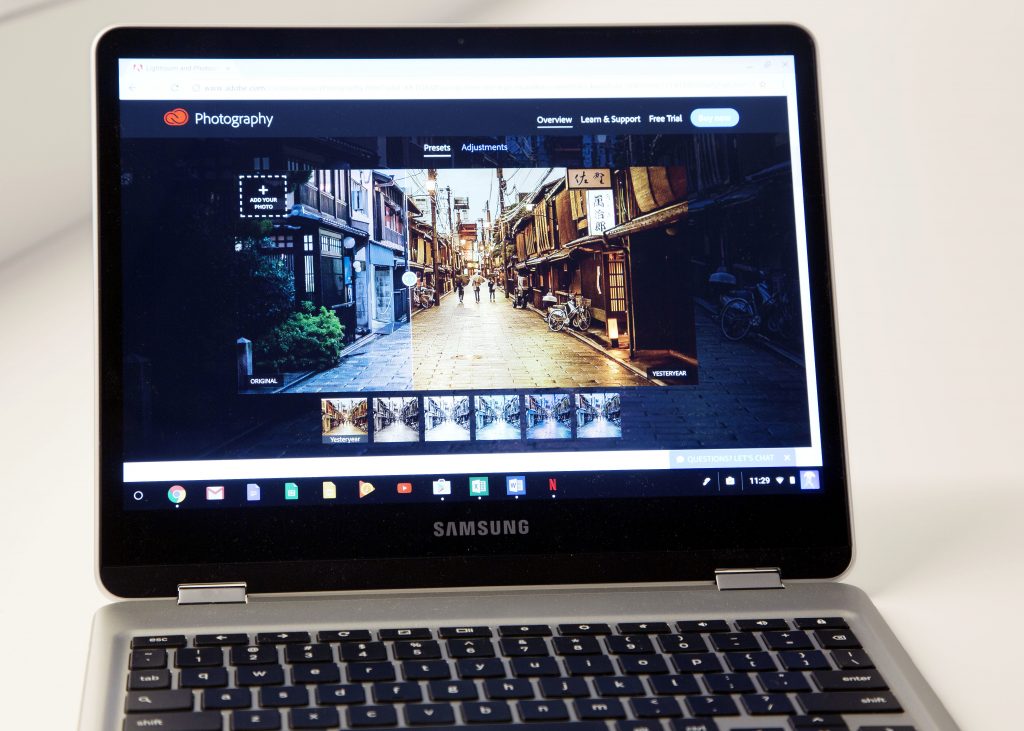 Samsung is releasing two new “premium” Google Chromebooks that offer hardware and software improvements not available on most standard models. They borrow many features from Samsung’s tablets, including a touch screen, a stylus and an Android app store to extend the app offerings.

The hope is that the new versions will attract a broader range of consumers than the K-12 students who mostly use Chromebooks now. Currently, Chromebooks are stripped-down laptops that don’t function well in the absence of a wi-fi connection.

Here are some details on the new laptops:

– PRICING: Samsung’s Chromebook Plus starts selling Sunday for $449. The Chromebook Pro, with a faster processor, will come out in late April for $549. That’s cheaper than MacBooks and many Windows laptops, but still high for Chromebooks. Budget models sell for less than $200.

– BECOMING A TABLET: Both new Chromebooks have 360-degree hinges so that the screens can flip over into a tablet mode. This makes them similar to “2 in 1” Windows offerings, which use hinges or have detachable keyboards to turn laptops into tablets. One oddity: With the screen faceup, the keyboard is on the back. Though typing is disabled in that mode, it feels odd in your hands.

– A WRITING INSTRUMENT: The Chromebooks borrow a design element from Samsung’s Note phones. Fortunately, it’s not the battery found in the fire-prone Note 7 phone, but a stylus that fits into a spring-loaded slot on the side when not in use. Apple’s iPad Pro and Microsoft Surface tablets don’t have any slot, making it easy to misplace the stylus.

– ANDROID’S ARRIVAL: Google is bringing Android apps to Chromebooks, broadening their possible uses and allowing people to use the devices even when an internet connection isn’t available. Many Android apps are already designed to work with phones and tablets, even when offline. Android on Chromebooks is still in a “beta” test mode and is available only on a handful of devices. The two new Samsung models will be among them. More Chromebooks will get Android when the Pro comes out in April.