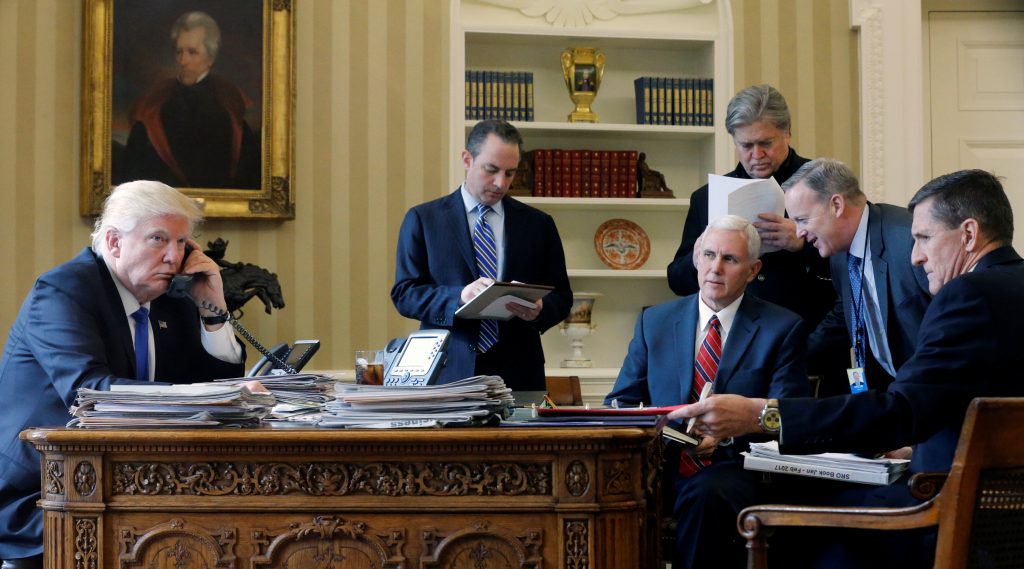 The Kremlin said on Monday there was talk of a possible meeting between President Vladimir Putin and President Donald Trump taking place before the G-20 in July, but there was nothing specific so far.

Kremlin spokesman Dmitry Peskov also said in a conference call with reporters that National Security Adviser Michael Flynn and the Russian Ambassador to the United States Sergei Kislyak had not discussed in a phone call lifting sanctions on Moscow, which is currently the subject of controversy in America.