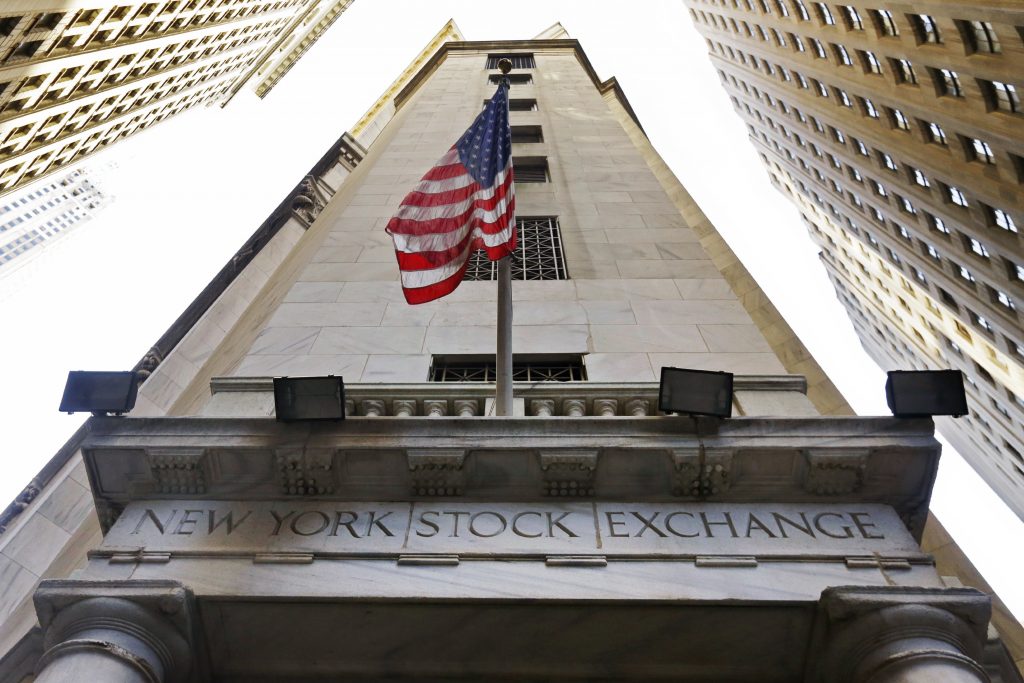 MOSTLY UP MARKET: Roughly three stocks rose for every two that fell on the New York Stock Exchange. Financial stocks helped lead the way, and those in the S&P 500 rose 1.2 percent. That’s the largest gain among the 11 sectors that make up the index. Raw-material producers and industrial companies were also strong.

RALLY RESUMES: Stocks resumed their upward climb last week after stalling for a couple of weeks. Strong earnings reports have helped drive the gains. The majority of companies in the S&P 500 that have reported fourth-quarter earnings so far, 69 percent, have beaten Wall Street’s expectations, according to S&P Global Market Intelligence. It’s mostly come through companies keeping control of costs better than analysts were forecasting.

HCP, a real-estate investment trust, was the latest to do so. It rose 49 cents, or 1.6 percent, to $30.82 after reporting stronger funds from operation than analysts expected on Monday.

Also underpinning the market’s gains in recent days have been encouraging reports on the strength of the economy and hopes that Washington will push through business-friendly policies.

Without any major economic reports or other big news on Monday, stocks are continuing to follow the path of least resistance, analysts say. The S&P 500 is on pace for its fifth straight day of gains, and it’s already up 8.8 percent since Donald Trump won the White House in November.

“The market’s got such good momentum now that it’s going to continue until something slows it down,” said Randy Frederick, vice president of trading and derivatives at the Schwab Center for Financial Research.

UPCOMING WEEK: Several events are on the schedule that could shift the momentum. Federal Reserve Chair Janet Yellen will offer testimony on Capitol Hill Tuesday and Wednesday to update the Senate and House on monetary policy. Most investors expect the central bank to keep raising interest rates in 2017, though at a modest pace.

The government will also offer updates on the state of inflation, on both the consumer and the wholesale levels. Many investors expect inflation to rise due to policies proposed by President Trump and Congressional Republicans, though the bond market doesn’t seem to be forecasting a runaway spike.

SHINY APPLE: Apple rose $1.57, or 1.2 percent, to $133.69, and if it remains above $133, it will set a record high close. The stock’s performance carries extra weight for many 401(k) accounts because Apple is the biggest publicly traded company in the world. It accounts for about 3.5 percent of S&P 500 index fund investments.

IT’S SETTLED: Chemical company Chemours jumped $3.85, or 13.7 percent, to $31.98 after it announced an agreement with DuPont to jointly pay $670.7 million to settle roughly 3,500 personal-injury claims related to the release of perfluorooctanoic acid from a West Virginia plant. DuPont rose 99 cents, or 1.3 percent, to $77.82.

COOL BUYOUT: Zeltiq Aesthetics jumped $6.33, or 12.8 percent, to $55.73 after Allergan said it would buy the company, whose CoolSculpting system helps people reduce bulges of fat. Allergan, which sells Botox, agreed to pay $56.50 per share for Zeltiq.

HANGING UP: Telecom stocks had some of the market’s sharpest losses, with those in the S&P 500 down 1.2 percent. That was the largest loss among the 11 sectors in the index.

DUNKED: Tea maker Hain Celestial sank $3.73, or 9.7 percent, to $34.80 after it disclosed that the Securities and Exchange Commission issued a subpoena to the company and has begun an investigation into its accounting practices.