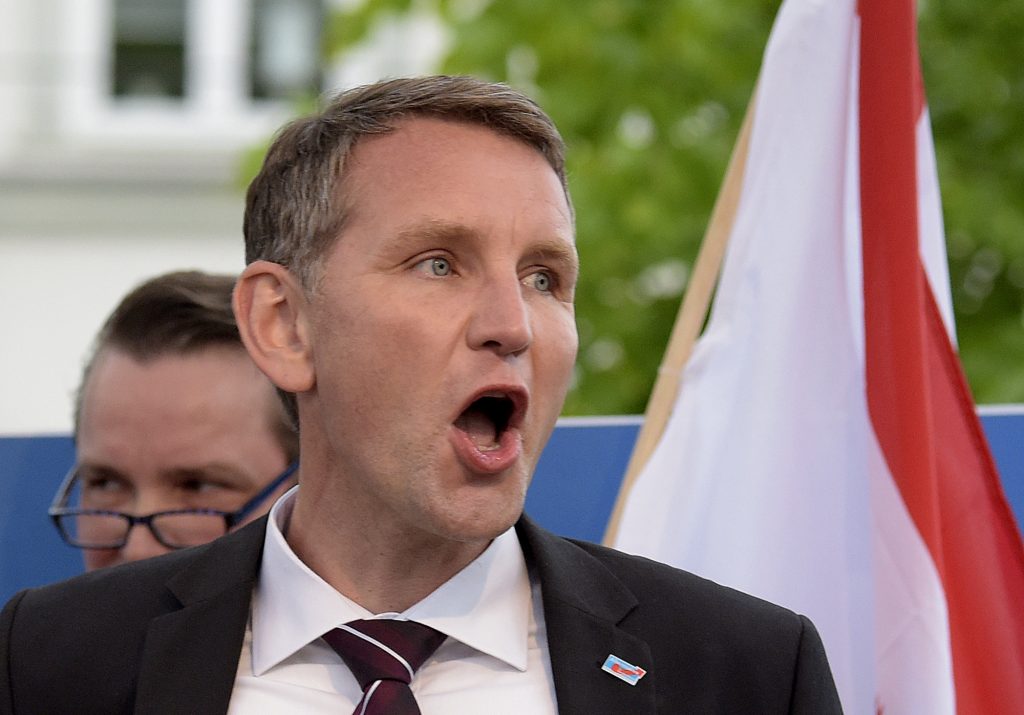 A prominent member of a German nationalist party could face expulsion over a speech in which he suggested that the country end its tradition of acknowledging and atoning for its Nazi past.

Alternative for Germany said party leaders voted by the necessary two-thirds majority Monday to open expulsion proceedings against Bjoern Hoecke, who heads its branch in the eastern state of Thuringia.

The decision comes as the party prepares for a national election in September in which it hopes to enter parliament for the first time.

Hoecke last month said Germany needs to perform a “180-degree turn” when it comes to remembering its past, and said the Berlin memorial to the millions of Jews killed in the Holocaust is a “monument of shame.”

“This is the conclusion of a process that has been going on for some time,” Frauke Petry, the party’s national co-leader and a longtime foe of Hoecke’s, said. In 2015, Hoecke was criticized for racism after talking about the “life-affirming African proliferation model” and rebuked by party leaders.

With his Jan. 17 speech, Hoecke overstepped the mark of the “democratically tolerable,” Petry said. “We think that this step was necessary because, in such an important election year, the party must be united.”

It is unclear how high the chances are of Hoecke being expelled. The matter will initially be considered by a party tribunal in his home state. He also has allies elsewhere in the party, which is known for strong internal rivalries.

Hoecke said he regrets the leadership’s decision but is confident about the proceedings. “I am convinced that I violated neither the statute nor the principles of the party,” he said.

The four-year-old Alternative for Germany, known by its acronym AfD, has risen in polls over the past year as it assailed Chancellor Angela Merkel’s decision to allow large numbers of migrants into Germany.

In a separate case, AfD’s Bavarian branch acknowledged Monday that a candidate for the parliamentary election posted a picture of Adolf Hitler to social media, under the headline “Missing since 1945” and with the caption “Adolf, please respond! Germany needs you!”

Regional AfD leader Petr Bystron told the dpa news agency that the post by Elena Roon would be investigated. “We take this seriously,” he said.

Roon told the Merkur newspaper she made the posting “without bad intent” and distances herself from far-right extremism and anti-Semitism.