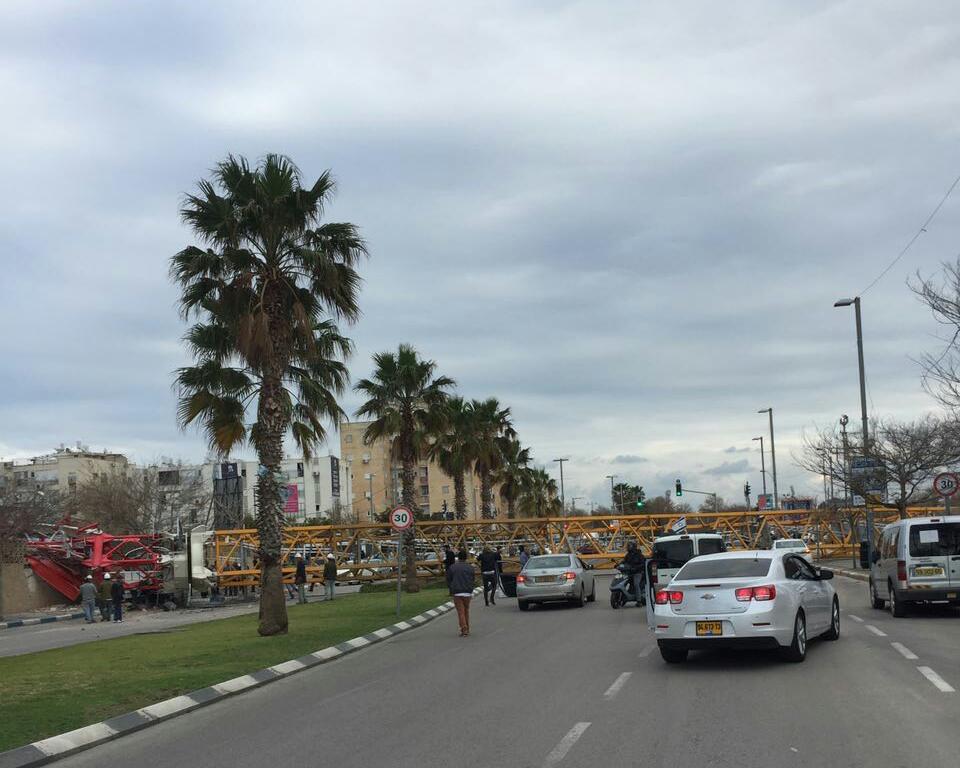 Four people were injured when a crane came crashing down in the Tel Aviv suburb of Bat Yam on Monday afternoon.

The most seriously injured, a 38-year-old crane operator who was inside a car that was crushed by the crane that fell onto its roof, was later reported in moderate condition at Wolfson Medical Center.

The other victims included a 49-year-old man and his 9-year-old daughter, who were lightly injured from flying fragments, and a man who was standing near the crushed car, who reportedly sustained moderate injuries.

Magen David Adom personnel gave emergency aid to all at the scene.

An investigation was underway into the cause of the accident. According to initial findings on Monday, the crane was new, and had been erected at the site just two weeks ago. Investigators will seek to determine, among other things, if it met construction code specifications.

Monday’s accident follows an even more serious one several months ago, when the ceiling of a parking lot in Tel Aviv collapsed, killing six people and injuring 24. In response, 240 crane workers walked off the job to protest hazardous work conditions.