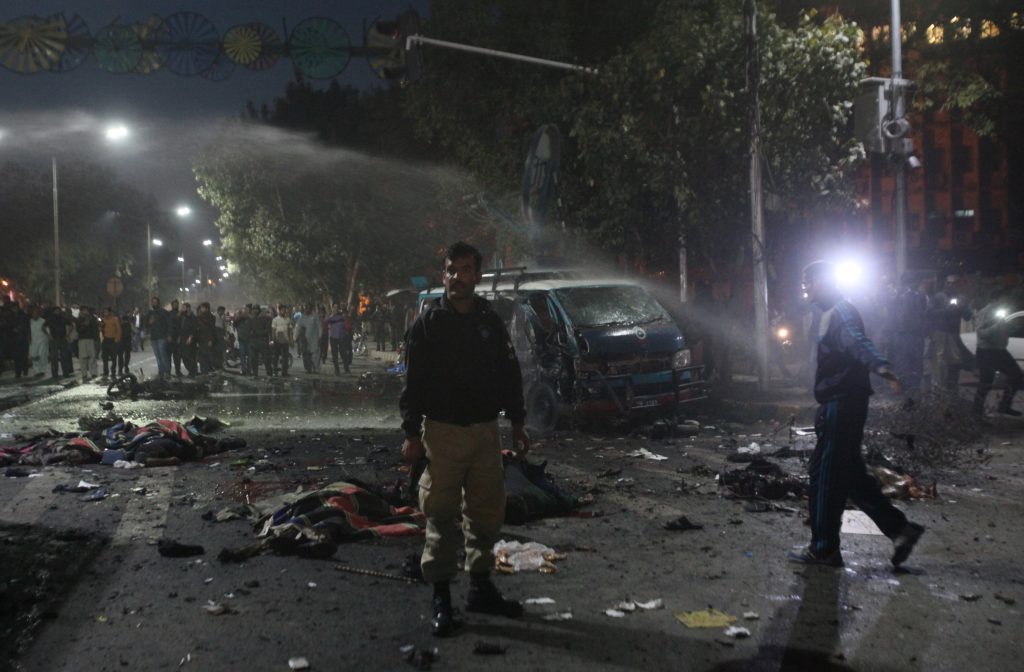 An explosion near the Punjab provincial assembly in the Pakistani city of Lahore killed at least 10 people and wounded dozens on Monday, a local emergency rescue service said.

The Rescue 1122 service in Lahore stated that 58 people were wounded when an explosion rocked a protest organized by Pakistan’s chemist and pharmaceuticals manufacturers.

“Apparently it was a suicide blast but police are still investigating to know the exact nature of blast,” said Punjab police spokesman Nayab Haider, who confirmed two high-ranking police officials were killed in the blast.

A spokesman for Jamaat-ur-Ahrar, a faction of the Pakistani Taliban, called Reuters and claimed responsibility for the suicide attack.

The terror group also warned the Lahore attack was the start of a new campaign against government departments. “You are our target across the country,” it added in a statement.

Jamaat-ur-Ahrar had also claimed responsibility for a bombing in Lahore last year that killed more than 70 people in a public park.

Security in Pakistan has vastly improved in recent years but Islamist terror groups such as the Pakistani Taliban and Islamic State still pose a threat and have carried out mass attacks.

Prime Minister Nawaz Sharif said the attacks will not weaken Pakistan’s resolve in the fight against terrorism.

“We have fought this fight against the terrorists among us, and will continue to fight it until we liberate our people of this cancer, and avenge those who have given up their lives for us,” he said in a statement.